Maybe it’s my advancing age or maybe it is because there are simply too many distractions around the household, but lately I find I have to wear a headset every time I sit down to play some video games as the just seem to put me that much closer to being in the game.  When I can hear every grunt on the gridiron, or bullets whizzing by on the battlefield, I find experience all the more immersive.  Not to mention it effectively cuts out anyone who may be nattering at me to take the garbage out or pick up some milk.  So needless to say, I love a good gaming headset that not only sounds great but one that is also comfortable for some of those long gaming sessions.  This past week, I gave the ASUS Orion Pro Gaming Headset a whirl.  It retails for around $120 bucks.  So how does it stack up against the competition?  Well much better than I thought.

Out of the box, these suckers are light.  I was actually a little surprised with how light they are.  I have slapped on a lot of different headsets over the years and the Orion Pro is easily one of the lighter gaming headsets I’ve tried on.  They are also slick looking as well with the ASUS and Republic of Gamers logos on either side of the ear cups.  The set I reviewed were black with red trim and all in all I have no complaints with the design or overall look of the headset.  Sure they are nothing flashy, and don’t have those fancy LED logo’s on the cans like my Ghost Recon Tritton headset, but the Orion Pros are unquestionably sharp looking and don’t look cheap at all. 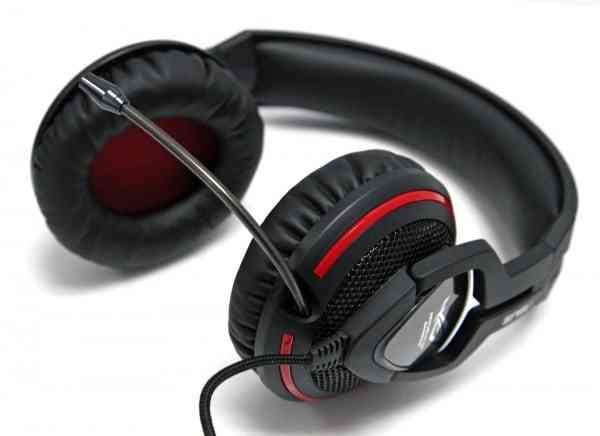 As far as the set-up is concerned, the Orion Pro is crazy easy.  You don’t have to fiddle with the settings of your PC or figure out how to hook up a mix amp with wires coming out from every which end.  Simply plug in the headset into any USB port on your PC and you are good to go.  It is really that easy.  If you run into any hiccups, there is an included manual in the box.  The manual has 10 different languages as well which is better than most IKEA instruction manuals.  That says something.

Comfort wise, the Orion Pro rocks!  For me, they are the Lazy Boy of headsets.  The over-ear cushions are super comfortable and they don’t feel tight around your head at all.  From the padding around the speaker cups to the foam padding under the chassis, the Orion Pros score high marks in the comfort department.  After about an hour or so my ears and head did sweat a little bit; however, this is to be expected a little given the black leather on the ear cushions and how well they isolate any outside noise.

One of the neat little features of this headset is the retractable and adjustable microphone that is located on the base of the left ear cup.  Simply slide the mic out when you want to put it to use and slide it back when you want it out the way.  I absolutely loved the fact I could simply push the mic back up into the ear cup when I wasn’t using it.  So many other headsets force you to either detach or fold the mic leaving your headset a little unsightly or leaving you with the possibility of misplacing your mic.  Well you won’t have to worry about that with the Orion Pro. As far as the clarity of the mic is concerned, I encountered no issues.  I don’t think you will want to record your voice with the mic but as far as in game chatting is concerned, it does the job.  Voices came through crystal clear. 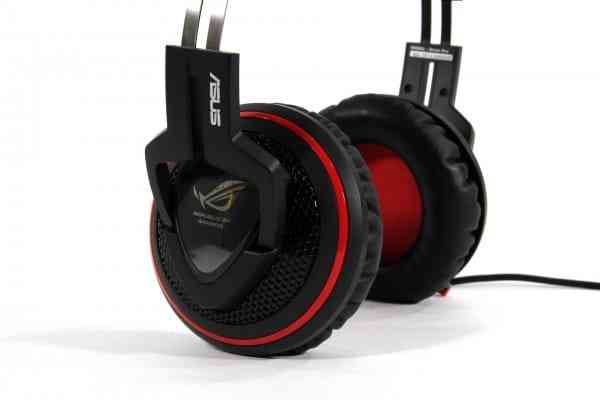 The Orion Pro is not a wireless headset but it does come with a really, and I mean really, long braided cable.  It is about the longest headset cable I have ever seen, which is great for my set-up given I like to sit a ways back from my computer screen when playing games.  So kudos to ASUS for including such a long cable.

So how does the Orion Pro headset sound?  Well it sounds fantastic.  The 50mm neodymium magnet drivers pack a punch.  The bass boomed and the clarity was impressive.  Every little sound could be heard with the crisp highs and sharp lows.  The headset features driverless digital sound processor which delivers 7.1 virtual surround.  What that means is that you will hear every little sound in game and even when playing music the headset sounds feature a wide dynamic range.  Does it make your gaming experience better?  Without question it does.

On the front of the box it says “The Choice of Champions”, and I can see why.  ASUS managed to deliver a great sounding and affordable gaming headset.  The fact that they are easy to set-up, it has a retractable mic and super long cable is merely the icing on the cake.  Sure, there are better headsets on the market but when you factor in the price and quality of the set, you really can’t go wrong if you decide to pick up the ASUS Orion Pro Gaming Headset.