I had to do a double take when looking in to the history of the Assassin’s Creed series as a whole in advance of writing this review. With no less than fifteen games released in the six years since the first Assassin’s Creed game a certain term inevitably comes to mind. Draw your own conclusions as to what that term is, but the fact is that I really like the most recent release. Assassin’s Creed IV: Black Flag builds an entire game around the naval components introduced in the Assassin’s Creed 3 while keeping all of the series’ hallmark elements intact. The result is a game whose pacing kept me interested at all times.

The narrative in Assassin’s Creed games is pretty complex. In Black Flag the story plays loosely around the conflict between the Assassins and the Templars and never gets too deep to frighten away new players to the series. Whether that may disappoint what the hardcore fans looking are looking for I cannot tell. Following Desmond Miles’ death in the last game, a new protagonist is introduced in pirate Edward Kenway. Black Flag guides the player through several different types of gameplay with ease. Trademark stealth and combat blends seamlessly with captaining ships and crews on the high seas, pillaging islands and hunting for resources. There’s even some first person play in sections of the game where the action takes place outside of the Animus. I found that the not so subtle similarities between Abstergo Entertainment in the game and the Ubisoft Montreal studios are a clever fit. 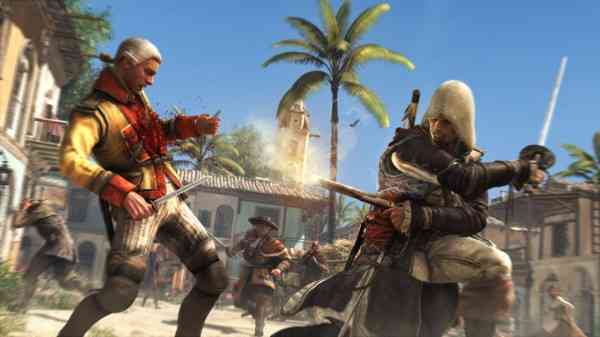 Black Flag’s strongest quality is how it mixes the various gameplay elements to keep players interested. You’re never stuck doing one thing for too long. Just when you think something may become tedious, things are switched up and you’re off to enjoy a completely different experience for a while. The traditional Assassin’s Creed play stays intact in each of three main cities you visit, but how this is now complemented by naval play and combat, resource/team management and interesting present day scenarios that play out in first person really help move the story along and help breathe life into the Assassin’s Creed formula.

There are certainly a lot of similarities to another Ubisoft game, Far Cry 3. By no means is that a bad thing considering how good Far Cry 3 is. The most notable being the element of hunting and collecting of hides that you’ll use for various upgrades. This is just one of plenty of things to divert your attention away from the main narrative in its open world.

Controlling the game with the new Xbox One controller feels tight. With the free run mechanic Edward can navigate the different cities with ease. Compared to other games that feature the same sort of verticality, free running feels almost organic up until the point you inevitably get caught up on level geometry. This becomes irritating when missions involving pursuits and/or escapes have to repeated. Elements such as stealth and combat, when done right, are an exhilarating experience. There’s a bit of trial and error during stealth portions of the game but things are simple enough to not get overly complicated. I’m not a fan of repeating things over and over but I never found myself getting to the point of frustration here. The combat controls are simple enough to learn quickly but offer enough ability, as weird as this may sound, to make the experience of slaughtering groups of enemies elegant with a satisfying but not over the top amount of gore. 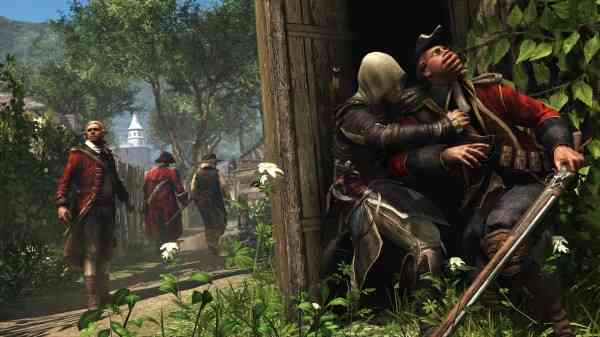 Multiplayer is limited to land-based action only. Sadly there is no naval component here. I’m guessing that is likely due to the limitations of the Black Flag’s game engine being cross-gen. Multiplayer consists of both solo and team based adversarial modes and features a perk system similar to what a game like Call of Duty employs. The neat thing about Assassin’s Creed multiplayer is it’s pacing. For those tired of twitch-fest shooters, Black Flag offers a more deliberately paced experience that is worth checking out.

Having not played this game prior to my time with it on Xbox One, I cannot comment on how this version compares on other consoles. Being a cross-generation game I wasn’t expecting Black Flag to be a visual showcase title for the Xbox One. The graphical improvements appear to be more about the little things than the big visual step we saw moving from standard to high definition in the last generation (e.g. the way Edwards jacket tails flows when he runs). The more I played it though, the more I became impressed. So many games get locked in to a specific palette but not Black Flag. From the vibrant turquoises of the Caribbean seas to the lush greens of the isles, everything pops with colour. Both character details and environments are richly detailed and the whole game moves along with nary a hitch to its frame rate. The voice acting in Black Flag ranks among the best among the games I’ve played. The wealth of accents and attention to detail in the nuances of the language of the period are impressive. The soundtrack is equally impressive in its quality.

With as many games as there are on the Assassin’s Creed roster every new game risks over-saturation, but Black Flag brings enough new elements to keep the gameplay fresh. No matter the debate about which new console looks better, Black Flag looks terrific on the Xbox One and plays just as good as it looks. This game certainly turned me in to a fan. 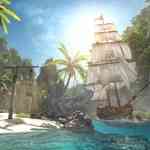 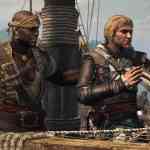 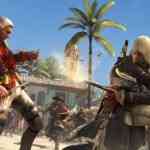 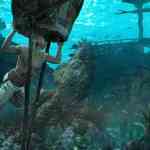 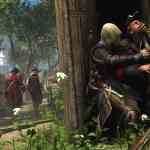 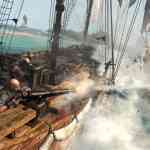 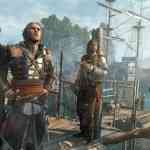 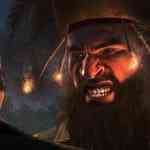 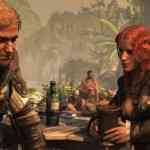