Brought to us by a new studio started by Hervé Bonin (a cofounder of Dontnod, makers of Life is Strange), Ashwalkers is a maudlin journey that intrigued me as much as it left me exasperated with its dogged dedication to walking down long stretches of nothingness.

A few hundred years in the future the world is now a mostly ash-filled wasteland. You are a squad of four that set out on a journey to help your people of the Citadel find a new home before it’s too late. Your main journey is to find and make contact with the Dome of Domes, in hopes they’ll take your people in. It’s an intriguing setup that fails to really capitalize on its promise.

Your journey involves long walks from A to B in hopes of finding a beacon that will allow you to continue your journey. Along the way you’ll encounter savages, wild animals, and few other events that will present you with a handful of choices to make. Make the wrong choice and you could lose out on resources, hurt your squad’s morale, or even get injured or die.

Will You Choose Peace or Aggression?

While I found my first run incredibly easy (I played it straight as mostly a nice diplomat), most of the choices themselves tend to be of combat or not combat. Save someone or don’t save someone. Be aggressive or be peaceful. The nuance of what could have been very interesting dilemmas is often left on the table and consequences are usually easy enough to suss out (except for my ending, which I found jarring considering how my overall story played out, but I digress).

I was surprised to find that while Ashwalkers is bleak, the story itself conveys one of hope and of people trying to help each other. After what feels like a decade of the Walking Dead level of hopelessness, it was nice to have small moments of people helping people. 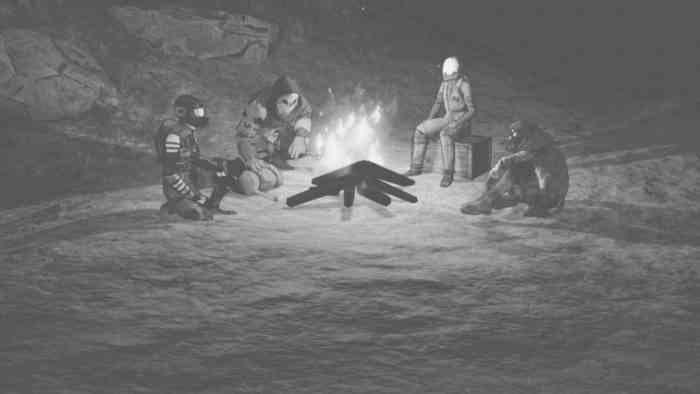 Beyond choices the gameplay boils down to a very simple loop. You click to move your squad over terrain. As you move over land, you must keep an eye on 3 meters: hunger, energy, and warmth. If any get too low then that squad member will start to take health damage. Along the path you’ll find resources like food, wood and medicine. Looting any of these caches will spend one of your squadmates’ energy, adding a slight but mostly ignorable wrinkle of cost vs reward.

In order to replenish all three of your meters, you must make camp. Similar to Darkest Dungeon, you need to stoke your fire, dispense with rations, and then assign your squad activities. You can choose to rest to recover energy, have a squadmate stand guard, or have a few people explore the area for more resources. You can also pair up squadmates to talk, which I found I rarely did, as it provides lore and background to the greater story but it only improved morale and warmth. Both of which I found easier ways to replenish.

What’s odd is how relatively easy it is to ignore all these meters while you journey through the world of Ashwalkers. I didn’t do much else but gather resources, walk, rest, and repeat. Morale fluctuated here and there but I made it to the end with pretty much a full backpack and a healthy squad. I kept waiting for the tension to increase, but it never did. I even found myself burning resources just to rebalance what I needed more of, whether it was food or wood. This further deflated any excitement or stress as I simply continued down long hallways hoping for something big to happen.

Where Ashwalkers stumbles the most, beyond its simple choices and ignorable systems, is its adherence to simply clicking your mouse and watching your team just…walk. And walk. And walk some more. There’s nothing to break it up. The story is through text scrawls, the squad doesn’t chatter much, and the music is ambient but mostly plain jane. People or beasts you encounter are presented as silhouettes, that work against what could have been more exciting discoveries. Sometimes (like a bear in the tundra) you don’t even see the thing in which you are encountering.

This overwhelming amount of deadspace is further compounded by Ashwalkers artistic decision to dress the world in black and white. What could have been a visual treat of color and contrast while I clicked, I mostly zoned out completely as I moved through unremarkable landscapes in a wash of desaturation. You have deserts, tundras, and urban ruins but it all blurs together. Snow and desert look very similar without color and areas you’re supposed to go toward in the horizon can often be unclear given how it’s all one tone, leading me to backtrack without a good reason. 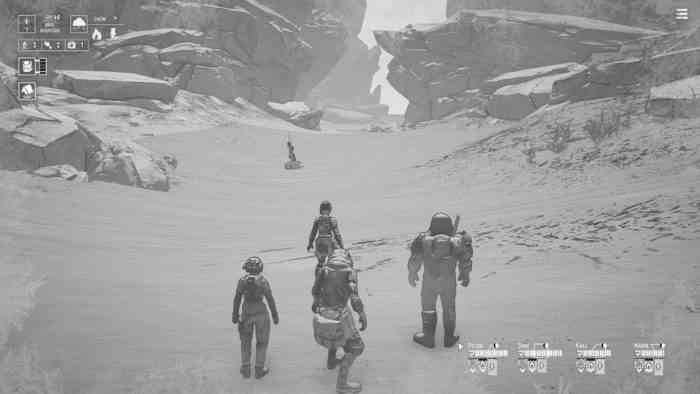 When I reached the end of my journey I couldn’t help but wonder what could’ve been. What if the squad expressed themselves more in the story? What if the survival mechanics were a bit trickier to deal with? What if they broke up all the walking or simply did without it, condensing the story to allow us to focus on choices and resource management?

As it stands I finished the game without a lot of desire to repeat the journey to flesh out the many endings (34 in total). Because while there are enjoyable moments, it’s spread across a sparse and long hallway to move through. Ashwalkers has the bones of some good ideas. I’m hoping to see more from this studio as there are unique things to be found here, Nameless XIII just never really hits their mark. There are plenty of walking simulators out there that make you forget what they are. Ashwalkers, unfortunately, is not one of them. 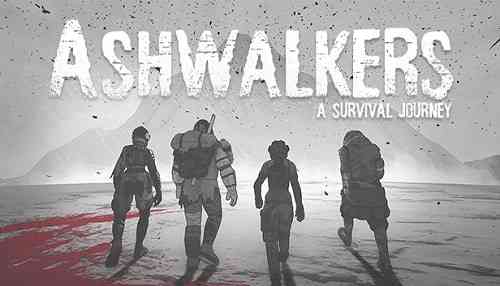