I’ve never played a game that is so laser-focused on its fans. Accel World vs. Sword Art Online: Millennium Twilight truly knows its target audience. I’m pretty familiar with Sword Art Online, having seen every episode of the anime series thus far, even reading a couple of the novels. In preparation for this review, I watched a few episodes of Accel World to get a feel for its characters and story. It was probably a good thing I did as the game does not bother much with exposition or backstory. If you aren’t familiar with Kirito’s do-good, stay-positive personality, or with Haruyuki’s adoration for Kuroyukihime, you’re not given much of an explanation as to how they grew into the people they’ve become. Really, that’s okay, because the basic premise of the story feels like fan fiction anyway (and yes, I know series creator Reki Kawahara was involved, I’m not sure that makes it better).

Kirito and Asuna, the heroes of Sword Art Online, plan a relaxing picnic with their “daughter,” an artificial intelligence named Yui, when naturally, something goes wrong. An evil woman from the future, Persona Vabel, kidnaps Yui and begins to warp the game world of Alfheim Online. Somehow, due to time travel shenanigans, characters from Accel World appear in Alfheim Online, 21 years in their own past. The two teams decide to work together to save Yui and get to the bottom of the virtual reality time travel they’re experiencing. The problem with the story is the lack of stakes. I get that Yui is a friend to the Sword Art Online characters, but at the end of the day, everything that’s happening to the characters is taking place in a video game. They’re not in any real danger.

“Every dungeon is copy-pasted from the same boring template, and the layouts are dull. Each is basically a combat slog.”

But even the most compelling story would mean little without exciting gameplay, and gameplay is where this game really excels. While the controls are complex, and the granularity with which you can equip items and assign special moves to button combinations is a bit overwhelming. From the very beginning, your characters can fly anywhere they want, for as long as they want. Sure, sections of the game world are cordoned off until certain conditions are met in the story, but the sheer freedom to fly anywhere is excellent.

The combat is fast and intense, not without its problems, but compelling enough to keep me playing. It would take another review’s worth of writing to fully explain every aspect of the combat, but here are the highlights. Your characters learn a variety of special moves, which can be assigned to quick action combinations. Holding R1 and pressing Square, for example, can be set to perform a dashing slash move with Kirito — or whichever move you choose. Attacking enemies with a sequence of special moves, without a break, creates a multiplier that increases damage dealt. Also present and incredibly useful in boss fights is the patented Sword Art Online Switch maneuver. Essentially, performing a Switch attack sends another character in after you to begin dealing heavy damage, starting at twice your normal power. Combining Switch moves with chaining specials is key to taking down some of the harder bosses. 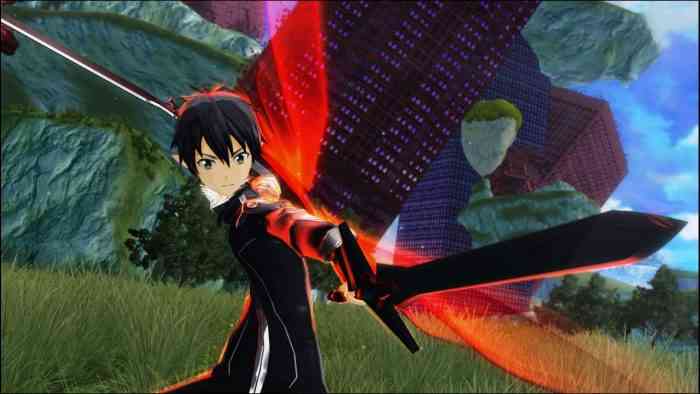 There are some annoyances in the combat, of course. Locking on rarely selects the enemy you expect it to, and cycling through available targets feels random. It’s too easy to accidentally activate a special move shortcut when you’re simply trying to fly somewhere quickly, due to how the shortcuts are mapped out. Following fast-moving enemies around while locked on can become a nuisance, as your in-combat flight speed is significantly slower than most enemies. But overall, the combat is what kept me coming back. Chaining together Switch attacks and six or seven special moves to obliterate a boss in seconds makes you feel like a God, and that’s worth the price of admission as far as I’m concerned.

“The combat is fast and intense, not without its problems, but compelling enough to keep me playing.”

One quick note for dub fans: This game is Japanese dialogue with English subtitles only. Many hardcore anime fans are no doubt cheering this decision, but I take issue with it. There are several important conversations that take place between characters in the middle of a battle and trying to read the small subtitle font while battling is next to impossible. I spent several minutes fighting two characters, only to realize at some point in the battle they had actually joined my side, and we were supposed to be fighting something else together. Part of localization is giving English-speaking players as close to the same experience as the original audience. No dub means a demonstrably different — and worse — experience. Just something to keep in mind. 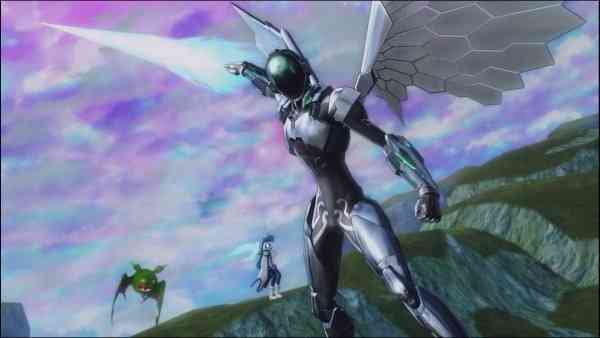 Your companions are controlled by AI, and by and large, they behave intelligently enough. Far from perfect — waiting for your partners to revive a downed companion is an exercise in frustration — but passable. I never felt the AI was getting in the way of my progress. Enemy AI is nothing to write home about, but it never felt overly cheap.

“Chaining together Switch attacks and six or seven special moves to obliterate a boss in seconds makes you feel like a God, and that’s worth the price of admission as far as I’m concerned.”

Speaking of overly cheap, I should mention there’s a multiplayer component to the game. You can take part in duels with other players online, or even join them in special quests. However, after trying several times, I was never able to successfully get an online game started. My internet is fine, and I could see plenty of other players running around the lobby, but searching for available games to join always left me empty-handed.

Graphically speaking, this is clearly a PlayStation 3 game with a bit of bloom lighting added in. It is not pretty. Character portraits in conversation scenes are large and detailed, and there is very little lag in the PlayStation 4 version, but there’s no disguising the fact this game is a last-gen creation. The worlds you visit — field, desert, ice — are generic enough as it is, and the lo-fi graphics do nothing for them. Every dungeon is copy-pasted from the same boring template, and the layouts are dull. Each is basically a combat slog. Enemy models are similarly low quality. The animation is passable, though it’s clear not a ton of time went into it. Except for breast jiggle, of course, as you’d probably expect. 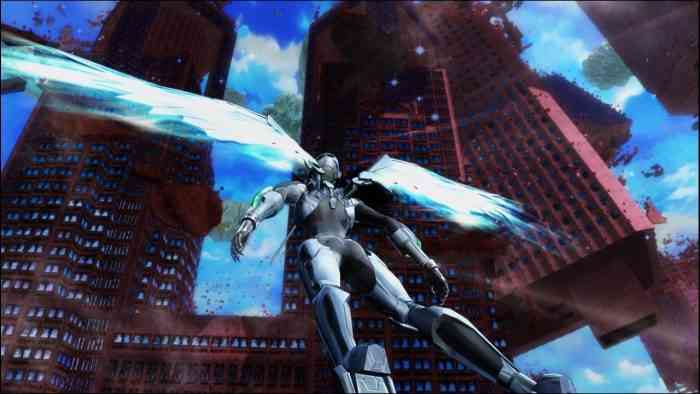 The music is present. No tracks stood out to me, and if I found myself humming along to any, it was probably the town music, as you spend so much time there that it worms its way into your head whether you want it to or not. Sound effects are your typical sword clashes and synthy magic effects. Oddly enough, certain cutscenes, specifically scenes that introduce the various big-bads you’ll be facing, are completely silent. No music, no sound effects, nothing. At first, I thought it was a glitch, but as each of these scenes played out the same way, I realized it must have been intentional. Inexplicable, but intentional. Things like that, unfortunately, give the game a rushed feel.

Accel World vs. Sword Art Online: Millennium Twilight is a game for the fans. If you’re into one or both of these properties, it’s worth your time. If you’re not, while the freedom of movement and combat are fun, the environments are too dull and the story too boring and low stakes to really recommend it. 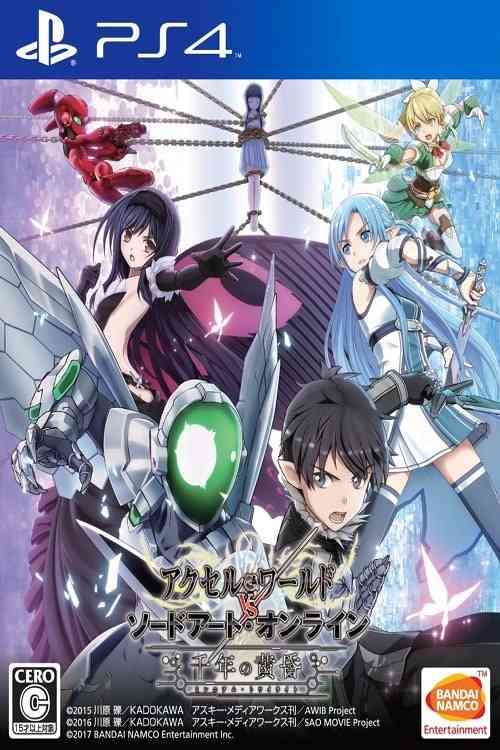