Build On the Back of Giants in The Wandering Village

I’m a big fan of city builders. It’s one of those evergreen genres that remains vital thanks to new approaches and especially, new environments in which to build a growing community. That’s a great way to describe The Wandering Village. At its core, it’s a pretty traditional city building sim. But the twist is that you’re growing a thriving village on the back of a lumbering colossus.

The premise of The Wandering Village is simple but brilliant. The planet is being poisoned by ever-spreading spores. To survive, its people relocate to the backs of immense, six-legged dinosaurs called Onbu. The Onbu are so massive that they have entire biomes on their backs, complete with trees, berries, rocks and sources of water. Being colossal in size, the settlements are high above the poisoned planet, though not entirely immune from the effects of the spores below.

Onbu are slow-moving but mobile and they move through different environments like deserts and deadly fields of spores. To some extent, you can control where the Onbu goes, but we’ll get into that in a moment. I think that building a civilization on the back of a protective but delicate beast that needs care is probably an allegory. You know, for us and the earth. 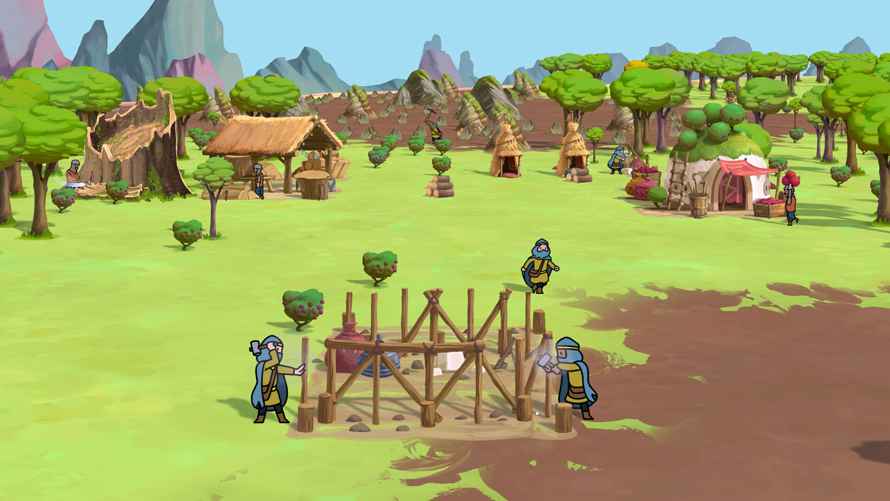 If you’ve played city builder/strategy games, you know the basic drill. You need to gather resources to construct the core necessities to support life. It always starts with housing, food sources, storage for materials. As you build and grow, you move up a tech tree, which allows for more advanced, specialized structures. You watch that your tiny people are happy, well-fed, and busy with work. Now and then refugees will approach your village, seeking assimilation.

Every game handles these tasks a little differently, but The Wandering Village has one of the most intuitive and easy-to-use interfaces I’ve ever seen. It’s a model for balancing the need for information and ease of access. It isn’t cluttered with submenus or hidden but important tasks. I wish every developer in the genre would study what Stray Fawn has done with the mechanic.

But back — literally — to the Onbu. Your relationship to the colossal dinosaur adds an entirely new layer to survival. Aside from the basic and universal building tasks, your village’s relationship to Onbu has its own tech tree. Your biggest goal is to win the trust of your protector. So you learn to feed it, pet it and even guide it through the world. Eventually, you can control a wide range of Onbu’s behavior. While the Onbu still has a lot of autonomy and doesn’t necessarily follow your instructions, it’s amazing how quickly you’ll become attached and protective of the giant on which you ride. 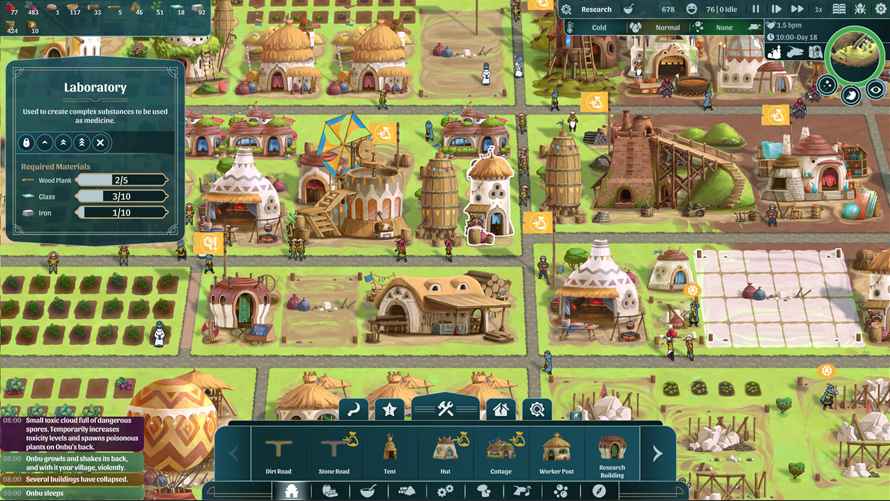 The Wandering Village nails a stylized visual concept that is colourful and appealing. Everything has enough telling detail and design to make structures and villagers easy to read when zoomed out, but engaging and entertaining zoomed in close. Moving from a villager to a 30,000-foot view is as easy as scrolling the mouse wheel. Both are important in guiding Onbu and getting to know your settlement. The game’s music fits the visuals like a glove. It’s like a world music greatest hits, fusing percussion, tribal-sounding vocals, and ethnic winds.

The Wandering Village has the art direction of a welcoming city builder, but underneath that benign veneer is a plenty challenging game, especially at difficulties beyond the beginner stage. There are myriad ways your population can decrease. As with most city builders, the death of your tiny citizens is almost always your fault. Even when Onbu decides to detour into an inhospitable zone, there are ways to prepare and protect your populace. 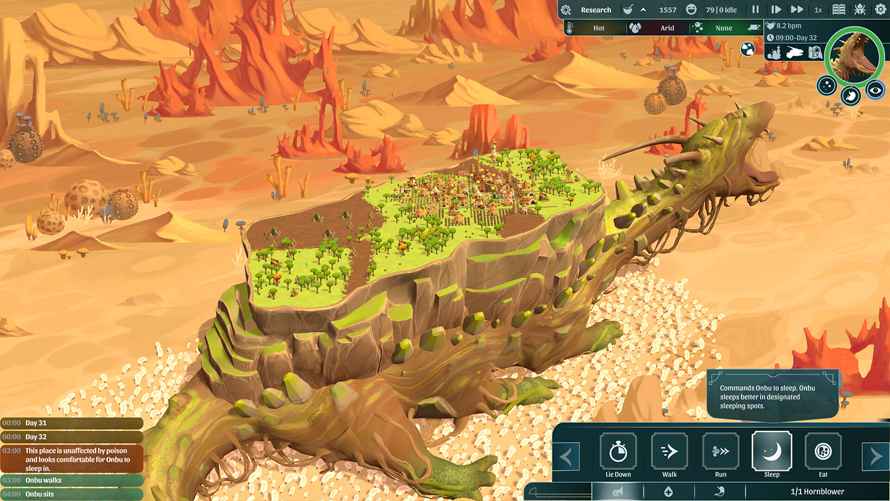 ***The Wandering Village preview code provided by the publisher.***

Tactics Ogre: Reborn Clubs its Way to Consoles and PC Today
Next Terra Invicta May Be My New Favorite Strategy Game
Previous Vampire Hunting in the Old, Evil West