Every time I get the opportunity to check out an early access game I have an internal debate about how to judge it. I think many reviews/previews struggle with this. On one hand, the game is not finished yet and you could argue it should be judged on what it will become. On the other hand, it is a widely available product that consumers are paying for, so it should be judged on what it is, rather than what it might become. I think the best solution lies somewhere in the middle, and that’s where I was trying to be when I took a look at Sorcerer King.

Sorcerer king is a hero-driven 4x game by Stardock Entertainment. Stardock is already fairly well regarded with releases such as Galactic Civilizations and Sins of a Solar Empire. I actually found the gameplay idea to fall pretty closely in line with Endless Legend, which I reviewed recently. You start by picking a faction, highlighted mostly by the hero character you receive to start with. The first time I played I received an archer hero, then the second time I got a melee sorcerer character, sort of a necromancer. From there Sorcerer King plays out the way most 4x games do. You move your units, build structures, explore, and gather currency for more building and expansion.

One wrinkle Sorcerer King adds is a main objective beyond beating the other factions on the playing field. Your ultimate goal is to search the map for the Sorcerer King and defeat him. This is a nice twist on a proven formula, but it only works if the finer mechanics and gameplay elements hold up long enough for you to get that far. Unfortunately, my experience with Sorcerer King was a little clunky, and more importantly pretty dull. For lack of a better way of describing it, Sorcerer King feels incomplete.

Well duh! It’s an early access game, so of course it seems incomplete. It IS incomplete. While that’s true, the game is available on Steam right now for 40 dollars. So yes, more content and polish may very well be coming to Sorcerer King, but right now there just isn’t enough there to justify the price. Graphically it’s fine. You can clearly see areas of fairly low fidelity where there’s bound to be more detail added in the future, and that’s okay. Visually it is competent. Where the game struggles is with explaining its systems and mechanics.

As is to be expected with a 4x game, there are meters and currencies galore. That level of depth is why many fans of the genre enjoy these games so much. This only works, however, with a proper explanation of these systems. It’s something the Civilization series has honed over decades of 4x games, and it’s something Endless Legend didn’t quite get, but it was on the right track. Sorcerer King just confuses me. At any given time I had no idea which resources I should be prioritizing or which buildings I should be building because I wasn’t properly introduced to them. 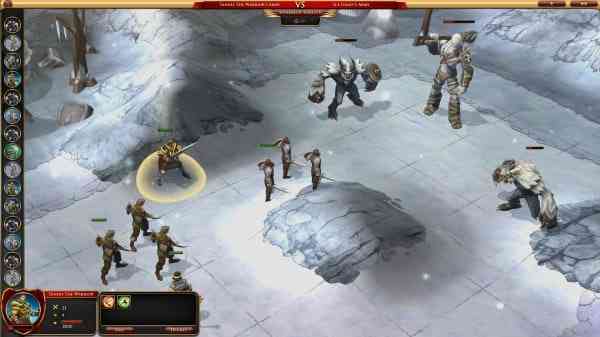 When you do venture out into the world you take part in combat with various different enemy factions and camps as you encounter them. When an encounter begins, you’re given the option of zooming in to ground level and commanding the fight, or auto-resolving. I’m more than happy to auto-fight in most games of this type, but the auto-fighting AI sucks. I would do immensely better by taking control of the forces myself, which started to make the combat fairly tedious and slow.

Story is also relatively sparse at the moment. The release that came along with the game touted that Sorcerer King was “Penned by Cracked.com writer Chris Bucholz”. As a fan of Cracked this is one of the main reasons I was excited for the game, but it also comes with certain expectations of comedy. In practice, the writing is insanely generic. There’s nothing wrong with the writing, but it’s not overly funny or witty and it doesn’t even seem like it’s trying to be. This would be totally a non-issue, but when the name of the writer is literally in the first sentence of a game’s release I expect it to be a standout part of the game, or at least a point of emphasis.

Literally every single gripe I have with Sorcerer King can be explained away by saying it’s an Early Access game. All the problem points appear to be fixable with time and polish. All in all, the game has promise, but that means little for what the game is now. Buying an early access game ideally should feel like a value proposition. You’re getting in early and at a discounted rate and taking the chance that the game shakes out to be really good once it’s done. The problem with Sorcerer King is that it already costs 40 dollars. If Stardock continues to support this game and builds it into its maximum potential, only then would it be worth the 40 dollar price tag. The value proposition isn’t there for the consumer, so my advice is to wait. Don’t buy Sorcerer King for what it could be, wait until it’s done and buy it (or don’t) for what it is.