As a parent of three children, with two of them very much into games, I have started to dread the never ending stream of figurine based games.  Skylanders, Disney Infinity and the newcomer Lego Dimensions creates a marketplace of indefinite choices.  There is however the vanguard of the toy based gaming phenomenon that is a household name now, Skylanders. I have a love/hate relationship with these toy based games as most of them are fantastic; however, the costs with purchasing not only the base game but every frickin toy associated with them  makes my wallet shrivel up.

Wandering the floor at X15 in Toronto  a couple of weeks ago , I did spot Skylanders: SuperChargers and I was a bit hesitant to go try it out because I knew in my head that I had decided I am not buying another Skylanders title for the kids. They already have every single title out now and with each new release we scaled back the number of figurines we bought. With Trap Team we only bought one of each element type so the kids could access most of the game. However, when our Executive Editor Kirby insisted I go try it out, I went over and jumped into couple of races.

I knew there would be a vehicle element to the game, but I had no idea how much of a robust vehicle experience the game would be with Air, Land and Water vehicles carrying the element themes from the previous games. Taking a good look at the vehicles, I am happy to report that the quality of the figurines seems to have improved and they include moving parts. This makes them a perfect hybrid of a toy and game accessory so that my 3-year old daughter could play with a toy while my 6 and 9-year olds use them to play the game.

The first race I played was on land in a dragon themed race track. There was so much going on I had to make sure I wasn’t overwhelmed by all the power ups, energy pick-ups and of course the other racers trying to take me out with their various pieces of onboard vehicle gear. My vehicle was able to shoot bombs ahead at racers which definitely helped to level the playing field. The levels are constantly changing. For instance during the race I observed two different dragons would breathe on the track; one breathing ice and the other fire. These obstacles would sometimes force me to find new routes that I would never have imagined being there and created some welcomed added difficulty.

“Suffice to say it was this point in the demo I started to think about how much fun it would be to play SuperChargers with the kids during the holidays or on their birthday.”

The second race took place in a water element racetrack and I got a submarine to cruise around in. As I was going through the race, I kept thinking that this is a really cool level. All of a sudden I am jumping off ramps and then the next minute I hit the wrong button and find myself submerged under the water.  I wasn’t expecting this underwater travel option and this made me excited to see what else might lay in store in the other tracks. Suffice to say it was this point in the demo I started to think about how much fun it would be to play SuperChargers with the kids during the holidays or on their birthday.

Doing some research after the fact, I learned that racing is only half the component of the game. Fans of the series will still have what you’re used to with Skylander missions taking place on foot. As always, you will be able to use all your previous Skylander’s as well as the new ones and the vehicles themselves are separate entities that Skylander’s can hop into to drive around. The amazing new aspect of SuperChargers is that you will be able to race with friends online for the first time ever, which is sure to be a great addition for young fans playing for the first time. 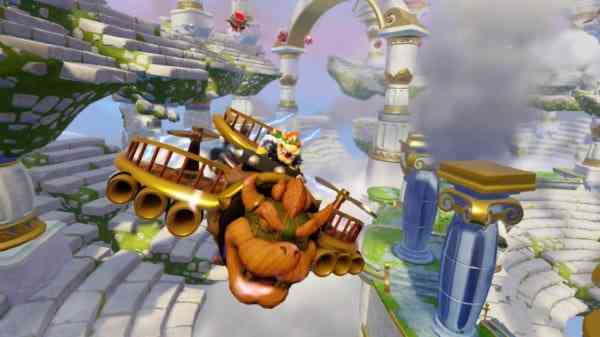 As you could probably tell, playing the Skylanders: SuperChargers demo at X15 has moved me from a parent tired of investing in the series to a parent excited to spend more cash so my kids can have an amazing Skylanders experience. I highly recommend this as a top family gaming title for this fall season when it launches September 20th 2015 in North America. 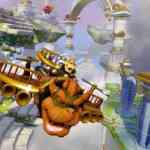 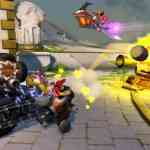 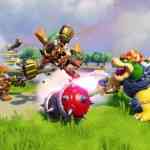 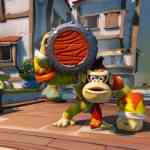 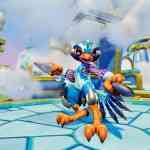 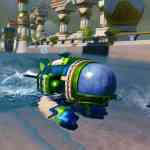 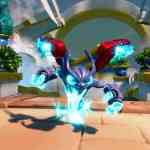 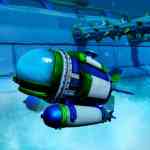