In an exclusive preview in San Francisco last week, I got to meet with publisher Wandering Wizard to check out their newest title, Outlaws of the Old West. This open-world survival game set in the Wild West is being revealed for the first time today, and is set for Early Access launch on March 12, 2019. 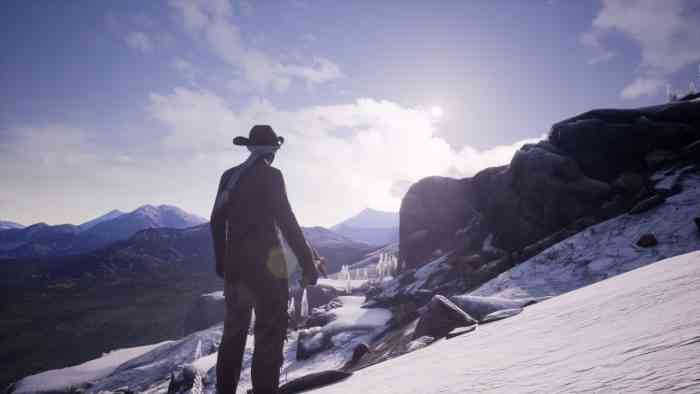 My initial impression of the game leaves me a bit skeptical. While I enjoy playing the occasional survival game, in many cases I can’t make it past the first few weeks of gameplay. The reason remains the same for each and every incident: the question of “Why should I keep going?” typically doesn’t become answered. In many survival games, I get excited about crafting and building and gathering resources, only to build a structure I am proud of and then ask, “Wait, why exactly should I keep playing?” What’s the point of grinding to no end to build bigger and better structures and gear, if the game doesn’t give you a reason to reach the end at all?

It All Comes Down To You

This same fear struck me when I spoke to Wandering Wizard. They expressed a profound interest in listening to the initial player base and adding in more elements later depending on how the players wanted the game to go. Should they add NPCs and quest-givers? Should they push it more towards crafting, or in a more social direction? For now, the game stays in a state that is more or less devoid of direction. It is currently up to the players to decide what their purpose will be, and this worries me.  There are no NPCs, no big quests or narratives, and no real reason to survive. I am concerned that players will jump in and realize over time that there is no real point to their grinding other than to just do it — and for plenty of people who simply enjoy crafting and surviving, that is fine.

However, my next worry piggybacks off of my previous point: for those who enjoy crafting and don’t need a larger, overarching narrative, why should they play Outlaws as opposed to another survival game? What makes this one different? For now, it appears the setting is the biggest draw — no doubt some people will still be riding the wave of Red Dead Redemption 2 and be craving another cowboy game, or just enjoy the Wild West era in general. 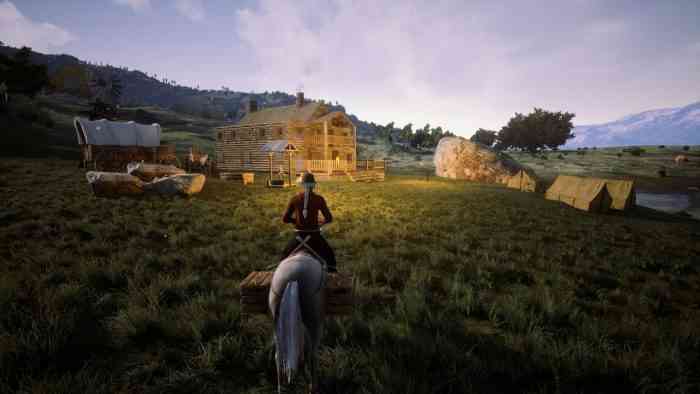 The visuals are sound with clear graphics and nice textures, and the landscape is beautiful albeit a little ordinary. There are four different biomes, including grasslands, deserts, tundra and swamps, and while each look realistic of the American West, they seem to lack charm or character. This opinion, of course, reflects only the brief hour of gameplay I viewed, and perhaps given my limited exploration of the map this opinion is premature.

Some of the other things I dug into a bit were the social mechanics of the game. The map in Outlaws is extremely huge, and it takes a deceptively long amount of time to run from one seemingly close-by place to another. The servers will support up to 150 players with a global chat function, but it was stated explicitly that actually running into another player will be rare at best. There are options in the game to set up a shop and sell crafted goods or to place bounties on other players who have terrorized you, and I’m curious to see how this will pan out in reality. If running into other players is so rare, and running across the map takes so long, how often will these socializations actually take place? What is the likelihood of my shop seeing success if one simply has to stumble upon it, on a map that has been specifically designed to make that nearly impossible? I can only speculate for now that the chance of players building meaningful connections and alliances, or just having fun exploring a similar area together will be few and far between. 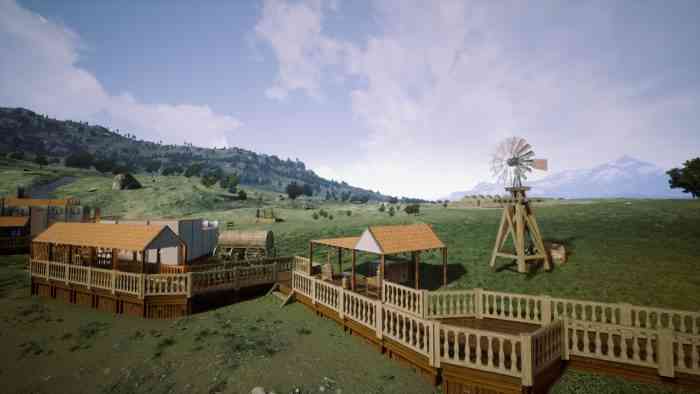 One thing I will give kudos to is the visual appeal of the crafted items and buildings. The architecture can actually look really beautiful, as opposed to shoddy and primitive like in many survival games. You can truly build the cowboy town of your dreams, complete with saloons and train stations.

Overall, my initial impressions of Outlaws of the Old West leave me a bit unimpressed and concerned that the “Why?” of it all will not be answered. I will certainly enter the Early Access stage with an open mind but fear that the Wild West setting will be the only truly appealing part of the game. For now, it seems like just another run-of-the-mill, open-ended survival game, but I sincerely hope to be proven wrong.

Outlaws of the Old West launches into Early Access on PC on March 12, 2019.


Frostpunk: The Last Autumn DLC Review – Sacrificing Your Humanity to Save Your People

According to the Creative Director of Dying Light 2 Gamers Need More Immersive Maps, Not Larger Ones

Bee Simulator Review – Feelin’ Buzzed
Next Weedcraft Inc. is a Socially Conscious and Genuinely Fun Business Sim
Previous I Never Played The Division, But The Division 2 is Satisfying AF