In Iratus: Lord of the Dead Being Evil Has Its Perks

Iratus: Lord of the Dead Preview

If you’ve played Darkest Dungeon and wondered what things would be like from the bad guys’ perspective, Iratus: Lord of the Dead has you covered. Playing as an evil necromancer, this turn-based roguelike RPG lets you raise hell with an army of undead in a quest to eradicate all mankind. This simple twist brings a slew of interesting changes to the formula, elevating Iratus beyond being a mere copycat, into a potential mainstay fans of the genre will want to come back to time after time.

Like Darkest Dungeon, you take squads of four into battle, with combat taking place on a two-dimensional plane. How you position your various minions is paramount, as where they stand dictates what attacks and abilities they can use. Some units are excellent at tanking damage in the front, while others can take advantage of supporting spells and ranged attacks from the back. As you slay enemies, your minions grow stronger, allowing you to take on tougher foes.

Cracking Under the Pressure

Where Iratus differs is that instead of having to manage stress and keep your squad sane, now you’re the one dishing out the stress. Once an enemy takes enough stress damage and loses sanity, he is inflicted with a wide variety of debuffs. He might skip a turn, run away from battle, attack his own team, or even die from a spontaneous heart attack. However, this is not without risks, as they also have a small chance to overcome insanity and gain powerful buffs. As a result, combat becomes a complicated equation. Should you play it safe and focus on physical damage, or go all out on the stress attacks?

Though Iratus prefers to sit back and let his minions do his bidding, that doesn’t mean he’s out of the action. He has a host of unlockable spells that can turn the tide. Some boost minion stats, and some deal direct damage. Their usage requires mana, which must be carefully managed as it carries over from battle to battle, adding another layer of strategy on top of the tactical gameplay. 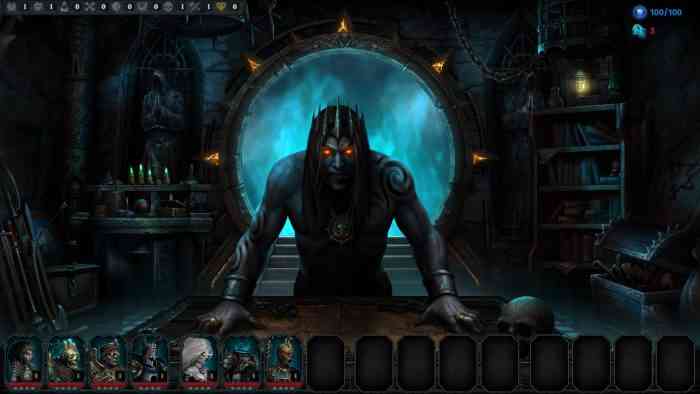 No matter how well you execute every move, in all likelihood, your minions will perish at some point. Thankfully death is not the end, but part of the process. Since you’re a necromancer, you can simply conjure new ones to replace the ones lost. Body parts of defeated enemies are used specifically for this purpose. Enemies slain reward new parts, in turn growing your army larger with every battle, ensuring a steady supply of cannon fodder. While squad wipes still suck, this mechanic makes catastrophic defeats much easier to recover from. Enemies also retain all damage done, so when your squad does get wiped, you won’t have to restart that battle from scratch.

What’s impressive is the amount of things that are customizable. For minions alone, they can be equip different weapons and armors, have parts swapped out for better parts, and their individually abilities can take one of two upgrades to fundamentally change their functionality. Iratus also has his own specialized equipment, all of which have huge impact in and out of combat, and multiple talent trees to experiment with. There’s also the Graveyard, serving as a homebase of sorts. Here minions can be sacrificed to rebuild various structures. Once manned, they grant extra perks for each battle won. Learning to manage all these resources and systems is just as crucial as performing flawlessly in combat.

At this stage, Iratus feels a bit too unforgiving. Even on the easiest difficulty, I had trouble reaching the first boss with a healthy squad. The game ends once you lose all minions and run out of parts to create more. Since none of your progression carries over to new save files, it is entirely possible to stay stuck in the first level. 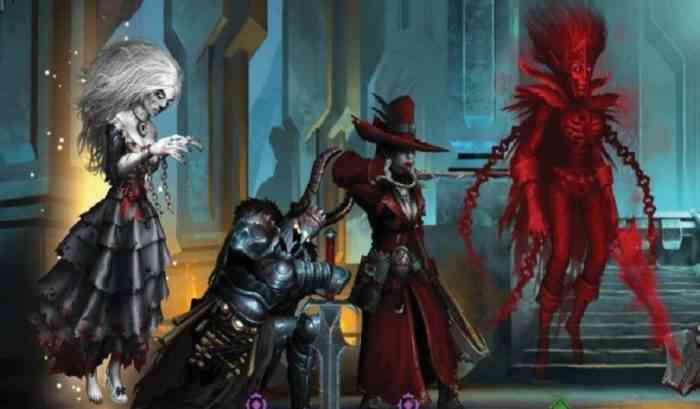 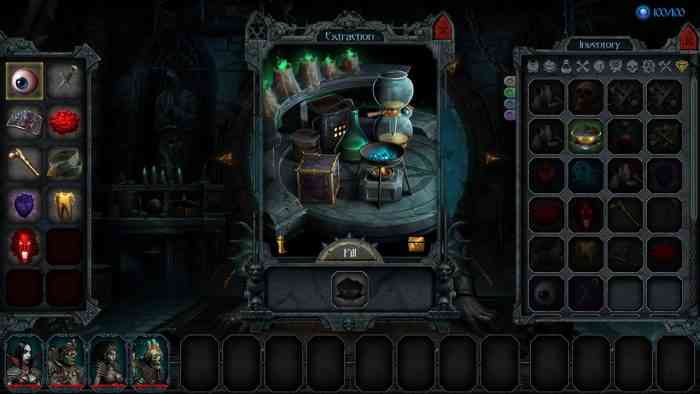 Iratus makes the most out of its premise, infusing what could’ve been a lazy rehash of Darkest Dungeon with promising new ideas. It’s unique enough to stand on its own, but also familiar enough to satisfy those longing for this type of roguelike. Time will tell if Iratus can garner the same kind of reception as the source it pulls from.

Iratus: Lord of the Dead is out now on Steam Early Access. 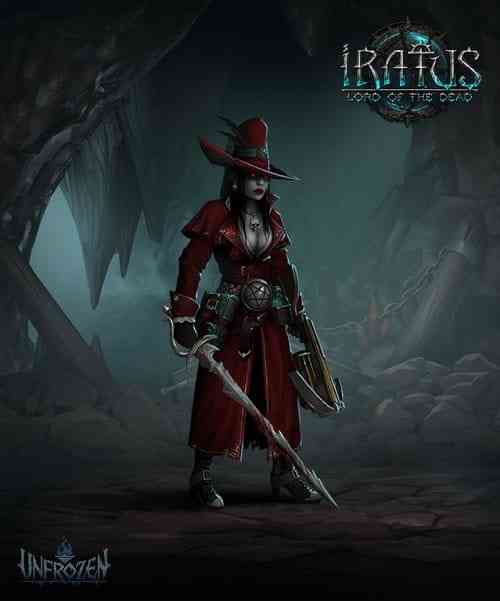 Diablo II: Resurrected Alpha Preview – Just As You Remember It