There’s a lot riding on Gran Turismo Sport. Not only is it the next entry in Sony’s popular hardcore racing franchise that debuted 20 years ago, it’s arguably PS4’s only true attempt at dethroning a genre that has been dominated by Xbox’s excellent Forza series. While Gran Turismo 6 earned fame from critics, it struggled commercially compared to its predecessors and it didn’t have the staying power having launched at the tail end of the PS3’s lifespan in 2013. This time around, Gran Turismo Sport is looking to win back the crown with a new name and gameplay features that will hopefully show gamers that Gran Turismo still has a lot of gas left in the tank.

Last week I was able to spin the Gran Turismo Sport Closed Beta that was made available to a select group of gamers. While pre-release betas serve the purpose of monitoring online stability, they’re also useful in providing a glimpse into what the final product may shape into. After spending some quality time behind the wheel, GT Sport feels like the necessary evolution of a series that needs some retooling. Here are a few takeaways from my experience with GT Sport:

First of all, it goes without saying that GT Sport looks impeccably gorgeous. Cars are wickedly detailed and appropriately shiny, and it all moves at a brisk 60 fps. The scenery when driving by are stunning vistas (Dragon Trial is an absolute standout), and while some particular areas of the three tracks can look a tad barren, overall GT Sport is a treat for the eyeballs. The infamous replays look better than ever, and even the texture work on the jacket of your avatar is remarkably lifelike. Even in beta form, this is looking good and I’m hopeful it’ll look even better when it’s prepped for release.

“If you were thinking that GT Sport would do away with the simulation-style controls in favor of a more arcade approach, you’d be gravely mistaken.”

While the Sport mode is the only available mode in the Beta, it just so happens to be the most crucial. What I liked most of all was that GT Sport is more concerned with getting racers onto the track right away with very little menu navigation or vehicle tinkering. A few clicks had me on the track in no time, taking in the sights and getting reacquainted with that Gran Turismo smell. It would be silly to assume that all of the car tunings and modifications the series is known far is gone because it isn’t. It’s still there for the hardcore GT fans if you want it. It just isn’t as in-your-face and acts more like an idle backseat passenger.

Before I was able to play competitively, it was required of me to qualify first by racing around three tracks within a reasonable amount of time. Once I was able to accomplish that, I could lock in a spot to play against other players in real time and show off my racing skills. I’d like to say that I left everyone behind in my dust and waved at them through my vehicle’s rearview mirror but sadly that wasn’t the case. As accessible as this new entry is, there’s still a rather steep learning curve, especially if it’s been awhile since playing a Gran Turismo game. Learning to effectively balance acceleration and braking takes a minute, as does the manual shifting for maximum speed. If you were thinking that GT Sport would do away with the simulation-style controls in favor of a more arcade approach, you’d be gravely mistaken. 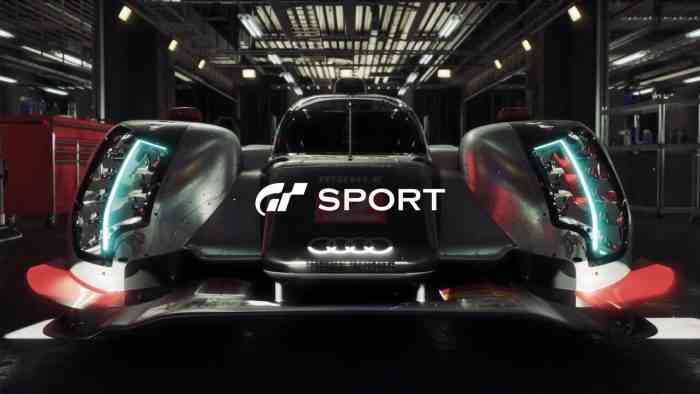 New in GT Sport are two ranking systems that vary according to your driving skills — a Driver Rating and a Sportsmanship Rating. The former is based on how well you drive and in what position you’re in at the end of races. Keeping my car on the track without driving off-road improved my Driver Rating from E to B within a few hours, and eventually, I found myself finishing races at acceptable rankings. The Sportsmanship Ranking grades you on how often you collide with other cars on the track, which I found to be harder than it actually sounds. With so many racers on the track, it’s hard to avoid this at the beginning of each race. Sometimes online players would play dirty by cutting across my path. This often led me to bump into them or to skid abruptly when trying to avoid them. In the end, both rating systems are worthy additions but perhaps they can be refined a bit before the game ships.

As for the actual core racing, GT Sport is a lot of fun. Even as someone who prefers more arcade racers, I still enjoyed cruising around the maps and feeling the sense of speed. Playing online was smooth for the most part, only encountering occasional lag from other players. Their vehicles would sometimes glitch out in front of me and make turns at odd angles. It didn’t happen enough to damper my experience and I’m sure these issues will be ironed out soon enough. This is a closed beta after all. 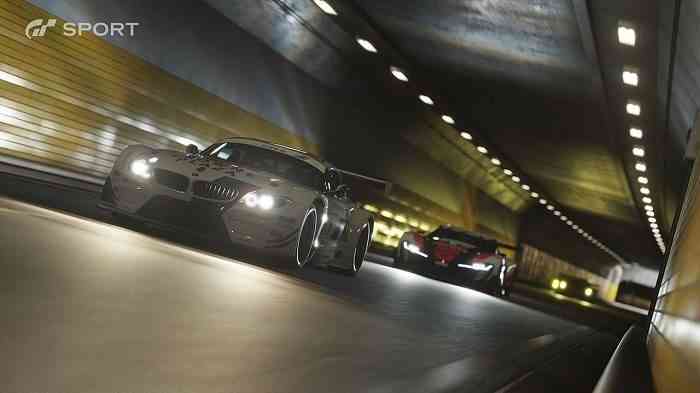 My only other major gripe with this current build of GT Sport is the unusual disparity of different cars on the track. You start out with three cars that vary in overall speed but there wasn’t any barrier to prevent me from using the fastest car in the garage. Cars aren’t locked behind a class or tier system so anyone can choose whichever car they choose. This causes a big problem for players looking to boost their ratings. It now doesn’t matter how well you’re driving on the track since the other players will zoom past you and leave you in last place. I’m hoping this is something that doesn’t end up in the final version because it caused a lot of unfairness during my time with the beta.

Outside of that, I still came away impressed with Gran Turismo Sport. I was particularly surprised at how complete and polished the gameplay felt. Considering the Gran Turismo franchise has a long legacy of delaying due to a perfectionist attitude, GT Sport seems already primed and ready to go. While there’s still no confirmed release date, it is still on track for a 2017 release. Here’s hoping Sony and Polyphony can tweak a few of my nitpicks because, for the first time in a long time, I’m genuinely excited for a new Gran Turismo game.