Have you ever played Final Fantasy Tactics? Do you ever find yourself wishing that there had been another one but, you know, different? Then boy, do I have a game for you. Fell Seal: Arbiter’s Mark is a sequel to the PSX classic in all but name. With similar gameplay, a similar style, and a similar story, this is a game that knows exactly what it’s doing. And if this is a thing you are looking for, it’s doing that thing very well.

Just so we’re all on the same page, Final Fantasy Tactics is a classic RPG where combat is played out turn-by-turn on a 4×4 grid. There are a lot of options to level up your characters, and you proceed through the story and sidequests in a series of escalating battles. It’s a formula that sort of influenced the recent XCOM games, and definitely influenced series like Disgaea.

Fell Seal isn’t quite like those games. It doesn’t have the big picture strategic depth of XCOM or the insanely dense interlocking systems you’d find in Disgaea. It plays out like, well, Final Fantasy Tactics. Positioning is important, as is how you level up your characters. You have a core group of story-related heroes, and can purchase customization soldiers to send into danger.

Another FFT connection is in the story. No, this isn’t exactly the tale of Ramza and the Zodiac, but tonally it’s as similar to Tactics as any entry in the Final Fantasy series has ever been to another. The story is self-serious but has the kind of internal logic that lazy fantasy writing sometimes misses out on. The Arbiters have a complicated series of rule and laws they must enforce, and they come up against nobles and peasants who relate to the law from their own unique perspectives. There are ancient immortals and a corrupt bureaucracy. The characters feel a bit like they were purchased at Fantasy Costco (where all your dreams come true!) but the story is well-paced and fascinating. I can’t wait to get to the bottom of the rabbit hole.

The combat is extremely functional and when combined with the class system, becomes a tactically rich game of planning. The class system is not unlike the job system in, you guessed it, Final Fantasy Tactics. Characters learn powers and abilities from working as a certain class. If you change classes, you can switch some abilities over. After a few rounds of this, all your characters may become highly specialized or incredibly generalized. 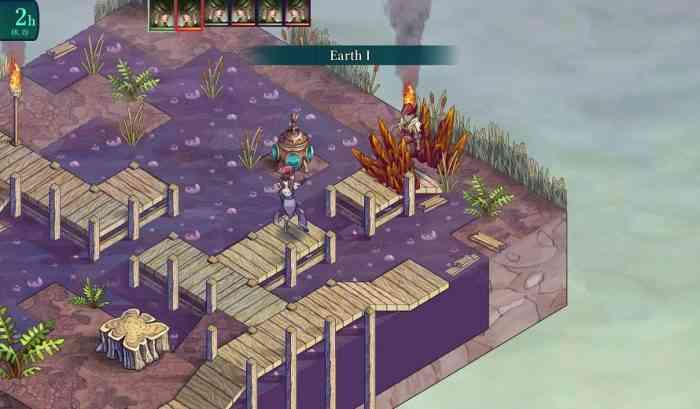 You can also customize your character’s appearance, and I love Fell Seal all the more for it. I spend almost as much time designing my soldiers in XCOM as I do sending them to their deaths. The starting options in Fell Seal are pretty good- lots of colors and vivacious outfits—but I’m greedy. I always wanted more. Some options were so extreme, I couldn’t picture myself using them ever. Pointy hats, bondage gear… I just wanted like, a dozen more cool jackets. If Fell Seal offered up a cool jackets DLC, I’m not proud to admit it, but I’d buy that in a heartbeat.

In general, the production design is really pretty. There’s a painterly, but also cartoony quality to the graphics. Instead of the squat sprites of yesteryear, characters feel relatively tall and have some shape and mass to them. They stand out against the vivid environments and constantly remind you—this may feel and play like FFT, but the PSX could never have handled a game that looks like this.

That’s all great, but does it play? Oh yeah. Fell Seal: Arbiter’s Mark plays real real nice. If it ain’t broke, don’t fix it. Taking a beloved classic and making a modern spiritual successor to it is such a foolproof plan in video games, it’s a wonder it doesn’t happen more often. It gives a whole generation of gamers a chance to return to an old love, and a whole new generation a chance to experience the past. As more content is added to Fell Seal: Arbiter’s Mark, you can believe I will be grinding my party towards perfection.