I have to admit, as I headed towards the LucasArts meeting room at E3, I was not only skeptical of Star Wars 1313 but I really knew nothing about it.  Yet prior to our meeting there was some buzz on the show floor regarding the game.  So I was very curious to see what the hubbub was all about.  When we arrived, we were escorted into a cool little demo area that resembled inside a Star Wars spaceship or a ride at Disneyland.  In any event, the team at Lucas Arts certainly managed to pull off the right atmosphere before they kicked things off with the demo.  It certainly won our coolest demo room of E3 award. 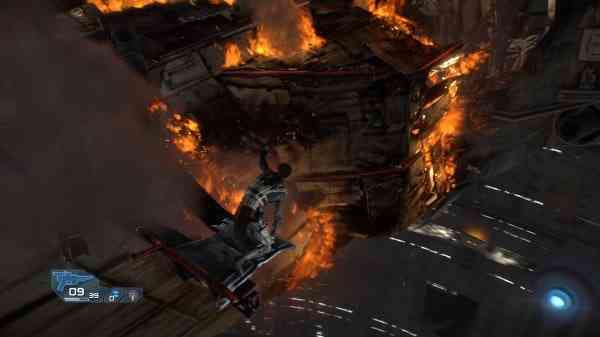 So you may be wondering where did they get the name “Star Wars 1313”?  Well much of the game takes place on Level 1313.  Level 1313 is a dark, gloomy and vast subterranean metropolis beneath the surface of the planet Coruscant.  Thugs, con-men, scammers, dirt bags and the criminal underworld thrive in this area.  You play as a lethal bounty hunter in this third person action adventure game and as you would guess you will have to make your way to Level 1313.  You will be navigating through this ruthless world with your futuristic weapons and gadgets that every bounty hunter depends on his survival.  As far as the plotline and story goes we were not told much but at the end of the demo I was impressed as I had a chance to experience some of the best cinematic sequences I have seen in a video game to date.

Before we jumped into the demo, the development team showed us a brief video of the technical work going into the making of the game. LucasArts tells us they have brought in top artistic and technical talent from all parts of the Lucasfilm organization, including Industrial Light & Magic, Skywalker Sound and Lucasfilm Animation Ltd.  Using the Unreal engine and other shared technologies, the development team at LucasArts is able to make it all work and hope to create a game that is a completely immersive experience set in a brand new mature Star Wars world.  During the video we were able to watch some of the motion capture work that went into making the game and how the development team are looking to capture every possible facial expression imaginable.  It is all about adding a level of realism and blurring the line between cut-scene and in game action.  Not to mention, they want gamers to be able to emotionally connect with the characters.

All this was incredibly interesting but at the end of the day I wanted to see Star Wars 1313 in action.  It was not a long demo but it was an impressive one nonetheless.  Much of the demo reminded me of Unchartered as much attention is paid to not only the games cinematic cut-scenes but also the gameplay.  Above all else however the visuals blew me away.  It was simply stunning and one of the main reasons I am writing this preview. 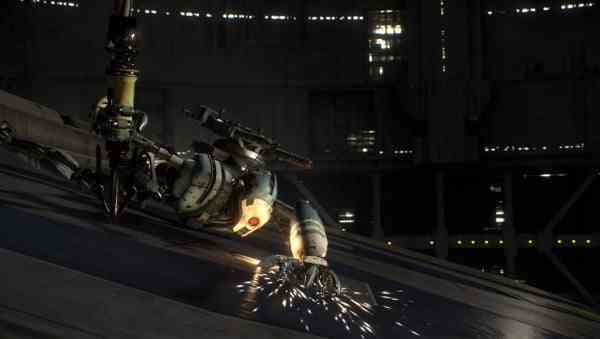 The demo starts out where two bounty hunters, one veteran and one rookie bounty hunter, are about to embark on a journey to Level 1313.  During the initial sequences, the veteran bounty hunter is attempting to give the rookie bounty hunter some perspective but it is not before long when things start to go sideways.  The first part of the demo involved involved explosions, leaping from one burning space ship onto another; it involved scaling the side of the vessel and of course it involved a number of close calls.  This is all occurring while they are descending to Level 1313.  Shortly after, their ship is attacked by a band of cyborgs and droids.  Equipped with a standard future Star Wars gun, the combat turns into a cover based style shooter sequences.   Once again, the level of detail is stunning and the visuals were incredibly tight.  LucasArts would not reveal when the game would be released and for which platforms but at this stage in the game I am questioning whether existing Xbox 360 could handle such a game.  It just looked so damn good.

The demo wraps up with some more cinematic action sequences, witty banter amongst the two bounty hunters and a cinematic view of the vessel and surrounding metropolis black hole in the Star Wars Universe.  When it was over I was disappointed I had to leave as I wanted to see more.  I have to say I was very impressed with what I saw as the visuals are stunning and the expressions on the characters faces are life-like.  The action looks enjoyable, the shooting sequences look tight and it appears to be a game that will suck you right in and immerse you into its world.  Was anything incredibly innovative or earth shattering?  Well maybe not, but at this stage in the game Star Wars 1313 is looking fantastic and I will be following its development cycle as close as humanly possible. 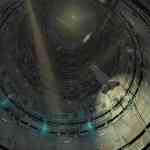 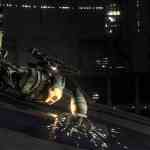 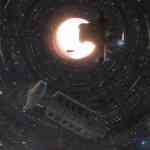 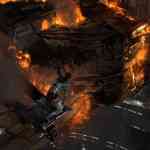 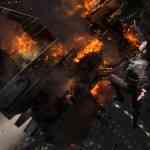 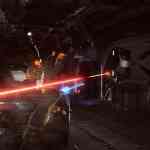 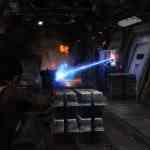