Cult Of The Lamb Preview

The latest game from Massive Monster and Devolver Digital asks, what if cult leaders were also adorable? Just the cutest little things, with their big eyes, their white wool, and their bloody swords? Cult of The Lamb will change how you look at running a cult. It’s still a horrifying communion between tainted souls and dark gods, yes. But it’s also a lot of work!

You play the titular lamb, having been rescued from the chopping block by a sinister deity. You can’t die yet, you see. There’s dark work to be done! The gameplay itself is a mix of survival and roguelite elements, with a cute sugar coating on top. You’ve been tasked with recruiting an army of followers. Said followers work and worship in your name, filling you with eldritch power. You then use this power to expand your compound. Followers are fuel for all sorts of things.  They can extract resources, provide worship, and even offer their lives. You have to be careful though. If their faith in you falters, followers can cause a lot of trouble. Which dovetails nicely back to the sacrifice mechanic. Who better to spill their guts than some mouthy heretic in your midst? 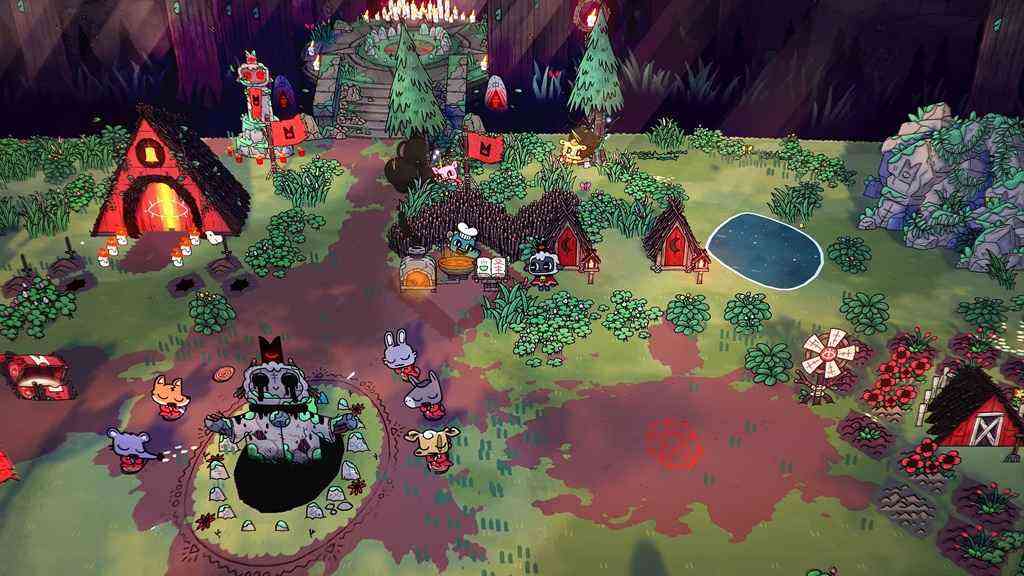 Dealing with your army of acolytes represents the sim management section of Cult of The Lamb. You’re constantly juggling a series of depleting meters, though you start off nice and slow. Things like hunger, faith, sickness, and resource levels all have to be properly balanced. The game is good about letting you know when things are going wrong with plenty of warning. The consequences of failure are also nice and telegraphed, which I like. This gives you enough time to plan, and maybe prevent the more serious problems altogether. Although if you ignore those warnings, things can go wrong pretty fast.

You can’t spend all your time in your garden of worshippers, however. Eventually, you have to strike out and seek your enemies. As this is a roguelite, the dungeons are all randomized. Certain elements stay locked, such as the major boss encounters. Otherwise, you’re rolling the dice. Thankfully, there are boosts you can unlock on and off the battlefield. Worship-based upgrades carry over from run to run, while the tarot cards are temporary upgrades. Things like poison damage, healing boosts, and attack speed upgrades can turn a bad run into a better one. 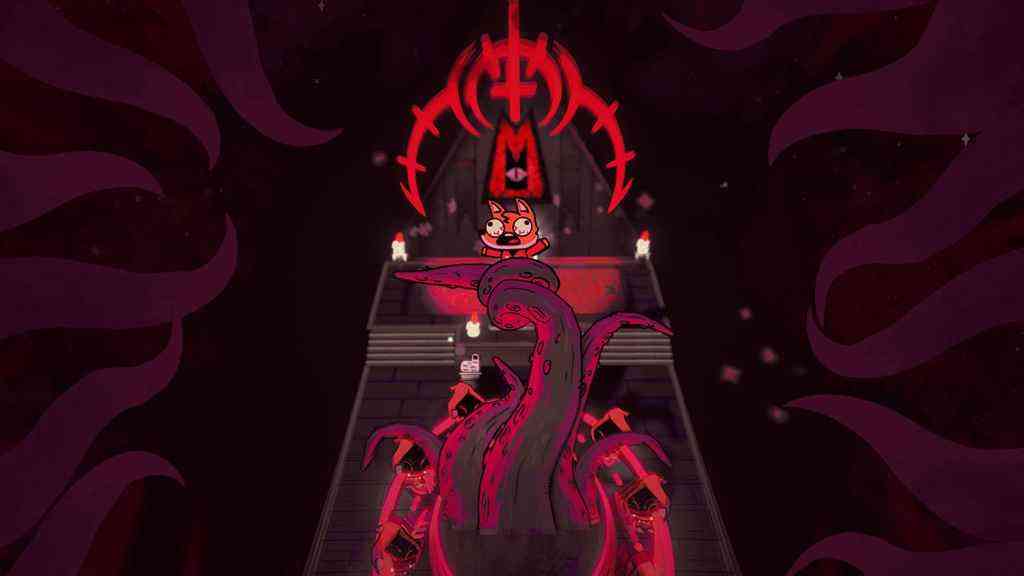 Death and rebirth is given narrative weight, in that your god won’t let you stay dead. Your resources take a hit, but you don’t lose nearly as much as you could. This is important, especially given how easily fights can go wrong. While I died many times throughout the demo, it never felt unfair. Even if my build was awful, I always felt like success was still attainable. Learning the timing for dodges took a while, though.

This world might be cute at first glance, but that impression doesn’t last. It’s honestly impressive how sinister Cult of The Lamb manages to be in spite of its art style. The narrative tone, the visuals, and the sound design all ride the line between adorable and unsettling. You might even let your guard down for a while, maybe get lost in planting berries and building shelters. Then, bam! Someone is being sacrificed while the rest of your flock chants and prays. I was never scared, but I was often compelled. You want to learn more about this world, even as you’re unnerved by it.

After a little more than an hour, I’m hooked. Between the eldritch aesthetic and the hybrid gameplay, I can’t wait to play the full game. There are a couple of bugs to be worked out between now and August 11th, but otherwise Cult of The Lamb is ready for the Harvest Ball, so to speak. It turns out sim management is just what roguelite games need. Having some laid-back tasks to complete in between runs works wonders for your motivation. If you’re harboring aspirations of world domination, good news. Cult of The Lamb is gonna be perfect for you.

***A Steam preview build was provided by the publisher*** 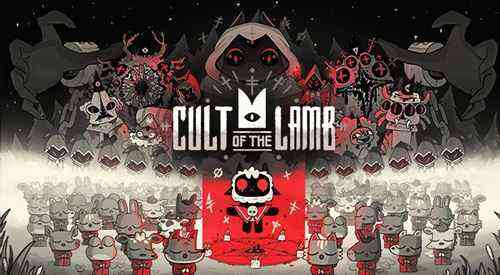 Blade Assault Battles Its Way to Consoles In September