Last week, Xbox Canada hosted their annual X series event in Toronto, showing off the Xbox One and a handful of games for it. COG was invited to go, and they asked me to get some hands on time with some of the titles. 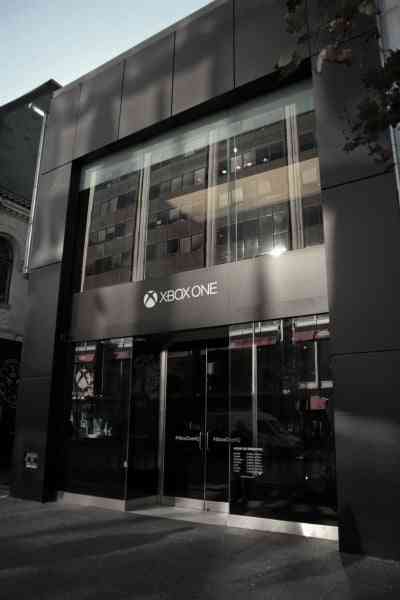 The event was hosted in the new Xbox One HQ (#XboxOneHQ if you’re a fan of hashtags!) in downtown Toronto, which opened November 7th and will stay open until a few days past Christmas. If you’ve been to any of the recent pop-up shops within Toronto in the last few years it’s a fairly similar setup. There are plenty of HDTVs set up around the two-story hub along with plenty of Xbox Ones, most of them running games that use controllers, but some of them using the new Kinect. I got a chance to play some of the games and you can read my thoughts below.

Ryse: Son of Rome  is a launch title for the Xbox One featuring a Roman general fighting battling for the glory of Rome. I’m sure you’ve all seen the various trailers and such for Ryse and can attest to how good it might look. Those visuals are pretty spot on, and when you see some of the executions, you’ll believe it too. Not only are they visceral and gory, but they’re also pretty diverse. In my 15-20 minutes of playing the campaign mode I only saw a few repeats while executing several dozen enemies.  While we’re on combat mechanics, there are some sections that allow for ranged-combat with spears, but it’s not nearly as rewarding as dismembering and impaling your enemies with your sword, but it’s worth mentioning.

It does need to be noted that some of the effects don’t come up very cleanly on the bodies, some even a bit jagged or out of place. While the environments are very impressive visually speaking, moving through them can get a bit boring, as there’s very little interactivity that goes on between combat sessions. There were also some other large-scale battle sequences that I saw others playing that seemed to be quite a bit more hectic than the melee battles that you could have in the streets.

Crimson Dragon, the spiritual sequel to Panzer Dragon, was an interesting game to attempt to play. It’s an on-rails flying-shooter with some free flight in missions, and personally I haven’t really played many games like this before. While some may have enjoyed the experience I wasn’t too keen on it as it felt a little awkward to control and the controls didn’t seem to work very consistently. For a downloadable title it actually looked pretty good. The game itself features a wide variety of elemental dragons that you can choose from and then level up. Leveling occurs as you kill other dragons and enemies within level. These enemies also drop orbs that you collect containing health, coins, or items. Despite not being a fan, I can see how someone who enjoys this style of game could still attracted to this game, and at about 20 bucks is not a bad price.

Zoo Tycoon  is a continuation of the Tycoon brand of games. You are tasked with building, as you’d expect, a zoo! It’s a game that uses a hybrid of controller and Kinect gameplay, and as far as I understood, you could use either exclusively or both together. The game has a few different modes, the main being a campaign mode where you’re tasked with building out zoos starting with smaller preset models. Alternatively, there’s a co-op building mode akin to what you can find in Minecraft, as well as an open unlimited building mode if you feel like building your dream zoo. The accessibility of the game is pretty high, as it was quite easy to just pick up the controller and start playing.

One of the very cool parts that I saw that I think would be great for kids who enjoy playing with Kinect is that you can build virtual interactive areas into your in-game animal exhibits that allow you to interact with the animals via the Kinect. So you could feed your tigers meat, make monkeys replicate your movements (or as one of my friends quipped, look in the mirror), or feed your giraffes different fruits while combining various hand gestures. It is pretty neat stuff. I think that this is definitely a great game that can be accessible to a younger crowd, but it can also generate some interest from the more mature audience who’s looking for a challenging Tycoon experience!

Forza Motorsport 5  is a game that I only had a few minutes at the end of the event, but you know what it’s about as we’ve covered in depth on our site in the past (hands on preview HERE and behind closed door with the dev-team HERE).  With Forza, it’s essentially what you’ve come to know and love from the franchise; utterly gorgeous, both the cars and the tracks, and the new vibrating triggers work seriously well with this game! My only real wish is that I wish there was a way to turn up the intensity of the vibrating triggers, because sometimes it didn’t feel like enough! 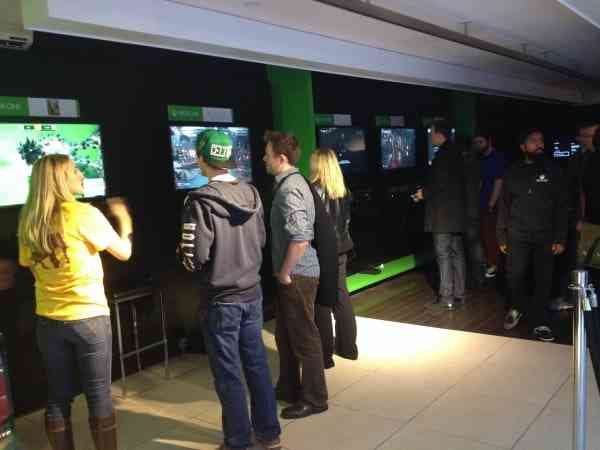 There were more games at the event, but we only had so much time and some of the games (e.g. Dead Rising 3) just didn’t allow me the time to get to them, as the wait was long.  Regardless, it was great to see the games that we did.  A big thanks to Microsoft for allowing us to attend and get a chance to see some really good games in a pretty cool environment. Of course the Xbox One launches in North America on November 22, and we think that this day can’t come soon enough. We have a few brief pics below too should you want to check them out.

Next A COG Exclusive: “PC Gaming” – Suck it Consoles, PCs Own Next Gen and You Know It!
Previous COG & Disney Interactive Give You a Chance to Win a “Nightmare Before Christmas” Prize Package