Total War: Warhammer 2 Is Coming and Here’s What to Expect

Total War: Warhammer 2 has been announced and we have already seen what the Lizardmen are bringing to the field. If you haven’t seen any of the announcements, the army looks like a “best of” list of the tabletop units. Very few fan favorites have been left out and they behave in very similar ways to their plastic counterparts. With that in mind, let’s consider which other tabletop units could make their way into the new game. Using my experience on the table, and a bit of nerdy wishful thinking, I’ve created a breakdown of my best guesses for what we will see, and how I expect them to play in the new game. Keep in mind these are just my predictions, but Creative Assembly has done great so far and I think we have a lot to look forward to with this game. 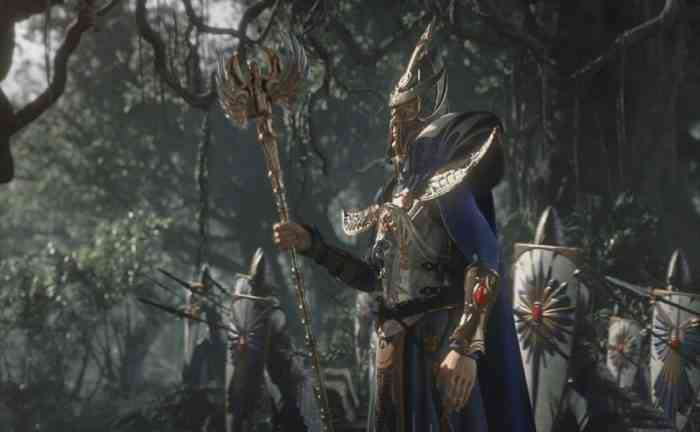 What We’ve Seen So Far…

We have seen quite a few of the Elven units which will be available in Total War: Warhammer 2, but they haven’t gotten nearly the exposure the Lizardmen have. Those beautiful, blue bastards have had full breakdowns in interviews, and coverage on just about every unit. However, we do have confirmed units for both the High Elves and Dark Elves. We have seen a large number of High Elf units from the various trailers, so let’s discuss the confirmed entries.

Seen in the first cinematic trailer brandishing his telltale staff, Teclis will likely be one of the legendary Lords for the High Elf army. He is one of the best spellcasters in the tabletop game, so expect him to wield some mighty magic.

Around Teclis we can see a unit of High Elf infantry, and though it is hard to guess what type of unit they are, the game will likely include Phoenix Guard units. These guys are tough as nails but have a lower damage output than other army’s elite options. Think of them like Iron Breakers, but with more mobility at the cost of some survivability. They should synergize well with a melee general and could be used to hold the line while your ranged and magic units do the real damage. 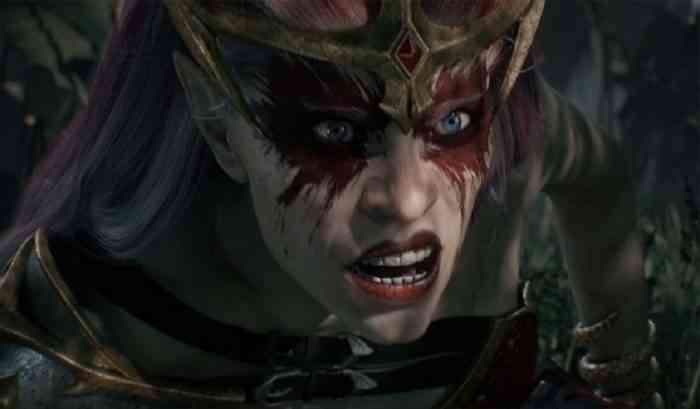 Early gameplay footage of Total War: Warhammer 2 shows Elven cavalry, likely Dragon Blades. They were shown in a gameplay session highlighting Lizardmen units and appeared as indistinct blobs riding horses (I wish the quality had been better). Contrary to their impressive name, these are elite high elf horsemen. They will likely work as fast light cavalry able to deal with unarmored foes with ease.

One of the major draws to the High Elf army will be the dragons. We saw a sun dragon in the released gameplay (seen below getting murdered by a carnosaur) and you can expect them to be ridden by either elven lords or mages. These may be your only monstrous option but it’s a good one. These dragons should be equivalent or better than the Woodelf forest dragons, but they may have much more damaging breath weapons.

The Dark Elves have received even less exposure than their milquetoast High Elf cousins but here is what we know so far. Like Teclis, Malekith was seen in the irst cinematic trailer, brooding in a full suite of black plate armor. He is a strong contender for faction leader of the Dark Elves. Malekith will be the right choice for people who like versatile leaders. He has strong leadership skills, melee prowess buffed by his black dragon Seraphon, and stellar magic. They don’t call him The Witch King for nothing! He should feel similar to Manfred or Archaon, ready to fill whatever role is needed. 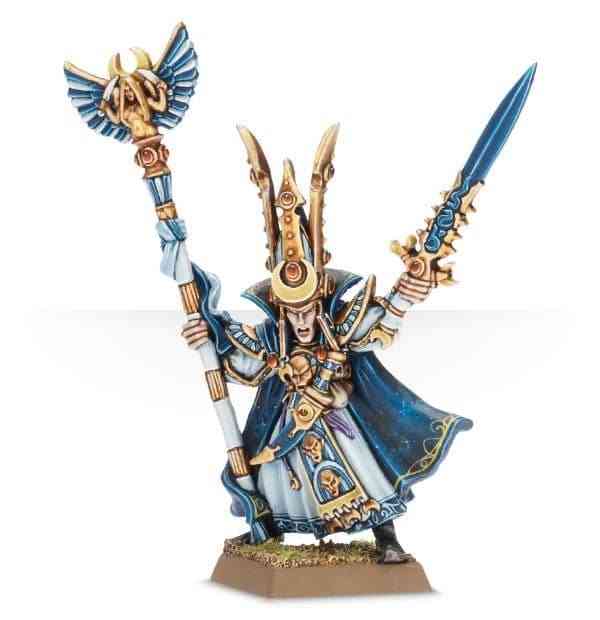 For infantry, the Dark Elves’ option that will stand out the most are the Witch Elves. These formidable women are showcased in the trailer getting crushed by a carnosaur (this appears to be a trend). An auspicious start, but don’t count them out. They are seriously scary on the table. They are fast and have high damage output, and in large blocks, they can spell trouble for even the mightiest behemoth.

The High Elves of Warhammer are classic fantasy elves – magical, great at archery and extremely frail. Expect lots of great ranged options, medium to high mobility, and few melee powerhouses such as dragons. The high elves may play like more defensive Wood Elves, using synergy and spells to make their light infantry into walls, leaving enemy troops in the line of fire for longer. They do, however, lack monstrous infantry and may have trouble breaking lines.

Since we have seen Teclis it is safe to assume his brother, Tyrion, will also be available. Unlike his magical sibling, Tyrion is more melee focused and a legendary leader. In the current game, his closest equivalent would be someone like Karl Franz from the Empire army, though Tyrion lacks Franz’s Griffon which might mean he’ll deal less damage and have less mobility.

Vermintide 2 is Free This Weekend on Steam