This week, COG had the opportunity to sit down with Atsushi Inaba from Platinum Games and Yuji Korekado of Kojima Productions to talk about their upcoming collaboration, Metal Gear Rising:  Revengeance.  Speaking through a translator, here’s what they had to say about the latest Metal Gear title: 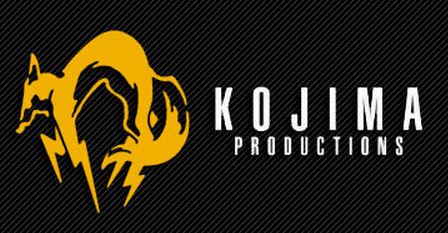 COG:  Can you give me a bit of background on the development of Metal Gear Rising:  Revengeance and how it ended up in the hands of Platinum Games?

Korekado:  So first Kojima Productions was handling the development of Metal Gear Solid: Rising, and we were developing the game internally for quite a long time, and within that phase we were never able to come up with a core concept to work around and our team really went off in branches and was never able to settle on something. From there, Kojima made the decision to stop the development internally and look outside. It made more sense to have Platinum Games handle the development.

Inaba:  And from Platinum Games standpoint, Kojima directly asked them to handle the project and he joked around in the past about working with Platinum a couple times, but when he knew it was a serious thing going on he wanted to make it happen.

COG:  I must admit I’m very curious…….how did you come up with the name Revengeance?

Korekado:  So when you think about it, it’s a combination of revenge and vengeance.  Now, there’s a lot of meanings to this, because Kojima Productions had a lot of trouble with this game, and wasn’t able to develop it internally, it’s a revenge to make it happen, to make this title ship.  And after having Platinum Games join our team, and work at it, of course in the story line itself, there’s a lot happening with Raiden and revenge towards his enemies as well, but there’s a lot more emotion toward it as developers, it’s our revenge, it’s our vengeance to get this game out.

COG:  Being a fast paced action game, Metal Gear Rising strays quite far from the traditional stealth gameplay we’ve seen in previous titles in the series. How do you think fans will react?  And does it stay true to the Metal Gear story line? 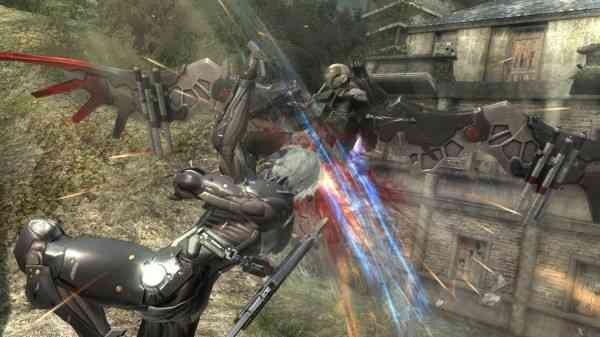 Korekado:  Most of the Metal Gear Canon series titles such as Peace Walker, these have all been written by Hideo Kojima.  Now this time around for Rising/Revengeance, a new staff member is writing the story.  And as a new writer, he’s a great fan, and a one of our great writers on the development team on the Kojima Production side.  He was always in contact with Hideo just to make sure the story itself makes sense, has the same world, view and background that Metal Gear has always had, so that’s something that we definitely put a lot of power into.  And the game itself is completely different, full of action, very fast paced game, and we needed to make sure that the script and story was up tempo as well.  Past Metal Gears have always blended well with the stealth that it is acquainted with, but the current writer has built a story that really wraps around the game system and design of it, and we feel that it matches the world view that we expect from Metal Gear canon.

COG:  Raiden is somewhat known as being, to put it mildly, childish, often considered “whiny” by many fans of the series.  Now that he’s in his own game, how has his character progressed?

Korekado: So Raiden has never been the main character in past Metal Gears, and with that said, he has always had to be in the shadow of Solid Snake or Snake and he had to make the main character stand out, so that’s why it gave an impression that his character maybe an effeminate, whiny character like you mentioned.  And with Revengeance, we feel that Raiden has stepped up to the plate, he’s now the main character, and he’s now comparable to Snake.  And if you think about it, all of the Codec members that are in this game, you can think of them as Raiden from the past, these guys have a lot of problems and issues, that they have to deal with, and Raiden is the one that guides them as Rising progresses and leads them through action and words through Codec.

COG:  Raiden’s primary weapon is the katana, and the game uses two mechanics to utilize the weapon.  Could you explain the Blade Mode and Zan-Datsu, or “stab and grab”? 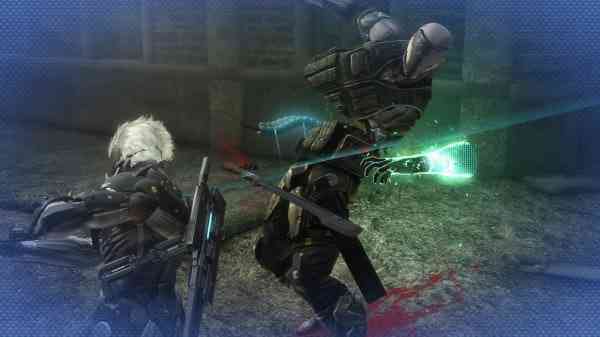 Inaba:  From Platinum’s side, the standpoint that we had the design at Kojima Productions, we always thought that the free cutting system and Zan-Datsu is control and Platinum agreed as well.  So when they pulled the game to their side, they had to, of course, consolidate and think about what design elements they wanted to pull into their game. From that, they wanted to pull the Blade Mode and Zan-Datsu.  They thought that the fact that with Zan-Datsu, you had to pull energy, cut and pull energy from other cyborgs, and they thought it was a great idea.  They wanted to also have the message, that if you think about it, Raiden is a very compelling character, and in order to live on, he has to cut other cyborgs; and to move on, and he has to keep doing that. So there is a message behind it, and it feels like not just as a game design that stands out, but there’s a lot of meaning to it for Raiden as a character, and that’s why they have Zan-Datsu and Blade Mode in the game.

COG:  Are there plans for future Metal Gear Rising games?  Is this the start of a new franchise?

When we make and develop the game, we want to hear from the fans and the players, and after they finish the game, if they want more.  We just want to hear that voice, and if that voice keeps coming, and we hear a lot of feedback, and great feedback about wanting more of the story, then of course, we’d like to think about creating this new franchise into more games.  Until then, we must listen to our fans and hear what they have to say.

COG would like to thank Mr.  Inaba and Mr. Korekado for taking the time to sit with us and answer a few questions.  We will have a full preview of the game up in a couple of days, so make sure to keep your eyes peeled for our hands-on impressions.

Next COG Presents “The Blitz” for the Week of December 10, 2012
Previous Windows 8 Products – Hands On Event – Vancouver