Low on Power, Big on Quality Games, Why the Wii U Succeeds Despite it’s Competition

If there’s one truth about modern day gaming, it’s every gamer young or old has likely played a game by Nintendo. While Nintendo itself isn’t the architect of gaming as a whole, it’s fair to say that without them gaming wouldn’t be what we know and love today. And yet, even with the key role they have played over the years, it hasn’t protected them from falling out of favor with some of the younger generations or shielded them from targeted criticisms by those who grew up playing Nintendo games.

Since the birth of video games in the early 70’s, gaming has come a long way. With each generation, game consoles become more technologically impressive. New machines keep adding raw horsepower making games look better and better. This pattern was and still is an industry staple that drives sales and gets consumers onboard for the newest wave of games. Nintendo, despite having followed this very path like many others, has in recent years branched itself away from this way of thinking. Instead, they now focus on new and inventive ways to play games using familiar faces like Mario, Donkey Kong, or Pikachu. This strategy keeps costs down, and gives fans more of what they love. So what’s the down side? 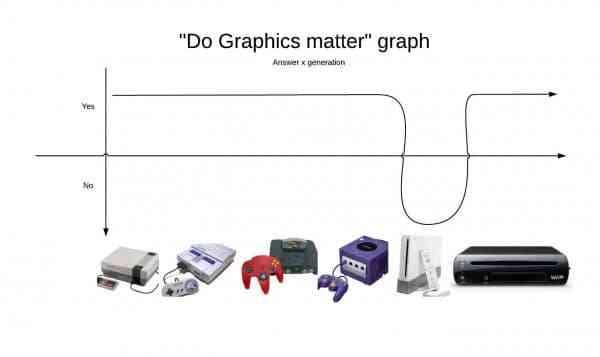 Since the launch of the Wii, Nintendo’s new strategy has been pretty clear to the gaming community, and it hasn’t been all roses. For Nintendo, the Wii was an immense success, selling more units than any other in their past; but for gamers, the same couldn’t be said. With its lack of processing power, many game developers avoided releasing big title games on the platform, choosing the more powerful PS3 or Xbox 360. This issue was made even clearer when smaller developers began pumping out cheaply made “shovelware” titles to cash in on the Wiis success and make a quick buck. Many gamers who chose to keep following the Wii had to be very careful with the titles they chose to buy; after all, anything not made by Nintendo had a very good chance of being simply awful. This trend has unfortunately continued to this day. Gamers who use Nintendo machines are leery of third party games resulting in few sales, which in turn discourages developers from spending resources on quality titles for Nintendo platforms.

Even as this newfound problem started to become apparent, it really wasn’t very visible to those who weren’t looking for it; namely the casual gamer market. Nontraditional gamers were the target audience for Nintendo’s Wii; the goal being to open up gaming to a wider number of people. They kept getting new games for the Wii, albeit from questionable third parties, and in turn they would tell their friends about this “cool new motion control machine”, which again in turn resulted in more Wii sales. This cycle would really only begin to take its true toll with the launch of the Wii U…

The launch of the Wii U was rocky at best. The casual market had dried up due to the ever increasing popularity of smart phones, and more serious gamers that had jumped off of Nintendo’s ship last generation were scared to come back. A majority of bigger name titles from bigger name developers still don’t come to Nintendo’s consoles anymore, leaving the Wii U’s library a small one that gets new games only every so often. The titles that come to the Wii U often have missing features, or are toned down due to hardware limitations and decrease costs in case the title fails to sell. But with the casual gamer already having moved away from Nintendo and onto their phone, this leaves only the kind of life-long Nintendo fan that can see these half-assed products for what they are. These people, not wanting to waste their money on a poor product don’t buy it, therefore guaranteeing poor sales, and further discouraging developers -a self-fulfilling prophecy. With all of that said, there is now a second truth to modern day gaming, which is that a Nintendo machine is for Nintendo games. And you know what? That isn’t as bad as it sounds.

As an outsider looking in, I feel like Nintendo has learned a lot about their place in the gaming world over the past few years and are really starting to reinforce that identity. They know who their fans are, what they like, and how to make them happy. Does Nintendo need the same kind of power that their competitors offer? No, I don’t think they do and quite frankly, I don’t think they want it. All it takes is a quick google search to see that despite their current public perception, Nintendo has been making some of the best games that the company has seen a long time over the past couple of years. This only serves to reinforce their development philosophy that solid gameplay and solid artwork trumps raw power any day of the week. Franchise staples like Mario Kart, and Super Smash Bros. continue to drive system sales. Old revived favorites like Donkey Kong Country and the upcoming Star Fox have been given new life on the Wii U. Yoshi’s Wooly World and Kirby and the Rainbow Curse prove that games can take a new artistic spin and still look great. New ventures like Amiibo give fans something fun to collect and interact with as they play their new games.

In short, in order for Nintendo to stay relevant, they just need to keep doing what they do best and that is making fun games with familiar faces at affordable prices. As long as they do, they will always have people willing to buy their games. Whether you are a long-time gaming veteran or a kid about to play their very first Mario game, Nintendo will remain relevant. Gaming is, after all, about games. Good times being spent in good ways either alone or with friends. As long as Nintendo can keep delivering the games, they will always have a place in our living rooms, and our hearts. 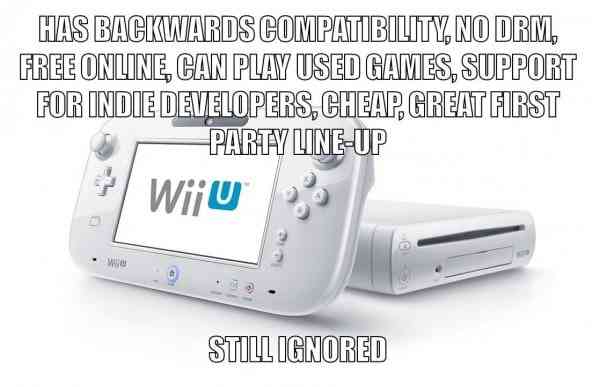 Next 8 Things You Need To Know About Final Fantasy Type-0 HD
Previous How Consoles, Indies, and DLC Have Given Way to the Demise of AAA Gaming on the PC