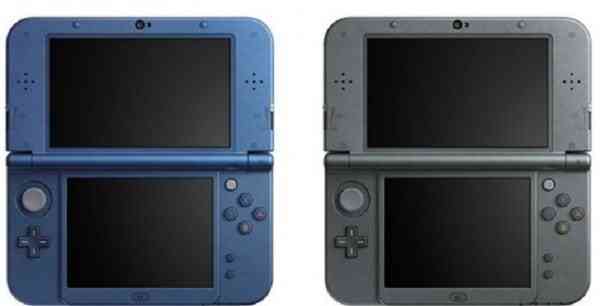 Nintendo Canada was kind enough to send a New 3DS XL for us to check out here at COG.  Not one to miss an opportunity, I thought I would spend some “quality” time with it while taking the time to also compare it to my regular 3DS XL.  To say that I was somewhat weary of Nintendo offering up yet another 3DS was an understatement.  Seeing more than a few versions out there always makes me wonder if it’s just a cash grab or if they are indeed truly trying to make the system better and more appealing.  Well to my surprise the latter is true.  Now I am not trying to say that it was a cash grab all along, but I really wondered what they were going to do to make some improvements this soon. I don’t know where they got the ideas for the changes they made, but they are smart changes indeed.

For those wondering, and as the embedded video of my 3DS XL to New 3DS XL below shows, there are a lot more changes than many expected.  From moving the cartridge slot, start and select buttons, to adding two new triggers, the new ‘C’ stick, and something called Super Stable 3D, it’s amazing that all these additions and changes truly add up to a better 3DS overall.  In regards to some of the cosmetic changes, the new placement of the headphone jack, cartridge slot, as well as the more feature rich “home” menu is not only functional, but they all make sense.  The New 3DS just feels refined.  To tell you the truth, I am still wondering why it’s not any slimmer at this point, but hey, I don’t know what it takes to put this tech inside the shell.  I don’t know what exactly the new processor is either, and how much faster it is, but I guess with time we will all find out.

You’ll definitely discover that the sound is louder and the 3D is more prevalent. During my time with the New 3DS, I made sure to put it side by side with my current one while displaying identical content on the screens.  Pictures or film cannot do it justice, but the New 3DS truly has better 3D.  The new Super Stable 3D feature is also something that is amazing.  I really had my doubts that this refined console would actually be able to take into consideration where my head is, but after calibrating it, and seeing a small image of my head moving and the image adjusting on the screen was pretty damn cool.   This feature alone will make playing games in 3D that much better, as you don’t have to be in that “sweet spot” to get the full 3D effect.  Nothing annoyed me more than when playing on the regular 3DS and having to stay in one exact spot to enjoy the 3D.  I believe that many people will play more games in 3D given this new feature.  If you want, you can turn it off too.

Of course the big additions are the New ‘C’ Stick and the ability to use Amiibos.  The C stick is more of a nub, but it feels nice.  It will be used for such things as controlling an in-game camera or in conjunction with a dual stick like control for FPS games or other styles of games too.  It will be interesting to see what developers do with it and I can’t wait for future games to fully utilize it.  As for the use of Amiibos, that is self-explanatory.  You’ll be able to put those cute collectible figurines into your handheld games by simply putting the Amiibo of your choice on the touch screen and viola, data transferred.

So what’s my overall conclusion? Well, you’ll just have to check out the video below that we made for you all to see all the changes and what I thought in regard to it being a purchase or not come February 13.

Next Predict-UBI-lity: Forget Glitchy Games, Ubisoft’s Got a Bigger Problem
Previous 10 of 2014’s Best Games You Didn’t Play… But Should