Halo 5: Guardians, Gears of War: Ultimate Edition and the entire Bioshock series are just a few of the marquee titles that will convince players to spend $9.99 a month to subscribe to Xbox Game Pass, Microsoft’s new subscription service for Xbox One. Those big names make up a fraction of the 100-plus full games on offer, though, and there are several gems that players might have overlooked in the past and which might sneak past them again. Some of the available games have already appeared in Microsoft’s monthly Games With Gold offerings so I’ve ruled those out, but to make sure those checking out the service get the best bang for their buck, I’ve spotlighted five less obvious Xbox Game Pass gems that players should definitely spend a little time with.

There’s no doubt that Game Pass contains plenty to keep fans of old-school action happy. From Metal Slug 3 and Comix Zone all the way through to three Sega Classics collections, there’s more than enough to tickle your old-school gaming fancy. If you’re looking for something that mixes up that retro feel with something a touch more modern though, Galaga Legions DX is a shooter that’s light years away from the coin-op classic but which retains the charm from the first time around. A fast, frenetic, addictive experience that melds the raw gameplay mechanic from days of yore with a deeper tactical approach – as well as sporting a visual style that owes a nod or two to Rez – Galaga Legions DX is a must-download. If you’re having a retro binge, follow it up with Pac-man Championship Edition DX+, which only misses out on a place on this list due to being surpassed by its excellent sequel. 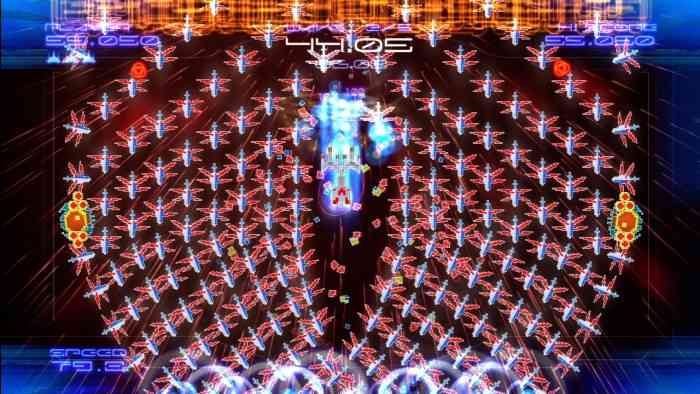 Earlier this year, the disappointing Double Dragon IV was released for PlayStation 4 and PC and fell way, way short of the level of quality you’d expect from such a storied franchise. Fortunately, Double Dragon Neon developers WayForward avoided the majority of the pitfalls when it came to making their game back in 2015, bringing the side-scrolling beat-em’-up into the modern day with slick visuals, challenging gameplay, and local co-op that’s good enough to reignite a few gaming friendships from back in the day. Those for whom the humour lands will find that the game provides a fair few belly laughs, while achievement hunters will be tearing their hair out when it comes to completing every stage on the top difficulty level. Stylish and fun, Double Dragon Neon is well worth your time.