Thunderful and Tag of Joy are indie video game developers and publishers. The companies have been involved in releasing various video games and have won awards over the years. Today, the two companies have released their latest project, Crowns and Pawns: Kingdom of Deceit, a mystery adventure game. Interested fans can purchase the game on PC via Steam and the Epic Games Store at a price of $19.99 / €19.99 / £16.99 with a 10% launch discount. 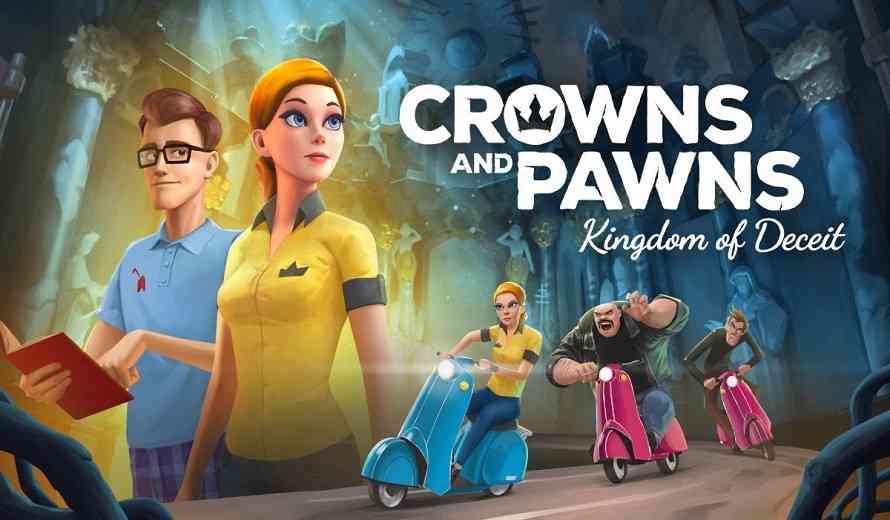 In the game, players will be taken on a unique journey through Eastern Europe, a place filled with romanticism and more. The story follows Matilda, who is travelling to the home of her grandfather. Milda soon discovers a secret which leads to a deep web that takes players through a rich and undiscovered region. Players, as Milda, will uncover lost relics and much more from the KGB during the Soviet Era. Furthermore, players will find themselves in a world filled with mysteries and puzzles to solve.

Additionally, along the journey, Mila will meet many eccentric, special and different characters, each with their own voiced dialogue. Game Director Sarunas Ledas was excited for the project, stating, “We are so happy that Crowns and Pawns: Kingdom of Deceit is now available to play…We have a deep love of adventure games and the incredible experiences they have delivered over the years, so it’s long been a dream of ours to create a brand new adventure that draws on the best of the classics we’ve enjoyed.”

What are your thoughts on mystery adventure games? Are you interested in Crowns and Pawns: Kingdom of Deceit? What aspect of it are you most excited for? Will you be purchasing it today? Let us know in the comments below or on Twitter and Facebook.

Valorant Devs to Fans: ‘Bear With Us Until Next Week’
Next
Unpacking, Puzzle Story Game, Moving to PlayStation May 10th
Previous
Path of Exile: Sentinel Expansion Set To Release In Mid May