Zorya: The Celestial Sisters is a Charming Adventure For Two

A Puzzle-Filled World That Never Sleeps

TLM Partners and MadLife Divertissement’s award-winning two-player cooperative puzzle game, Zorya: The Celestial Sisters, tasks players with solving a problem of celestial proportions. Aysu, the goddess of the night, has been stranded on earth. Now, she must travel across the land of Viraj with the help of her sister Solveig, goddess of the sun as shown in this announcement trailer.

In order to return to her home, Aysu must gather her scattered powers. Unfortunately, being the goddess of the night, Aysu must avoid the sunlight and navigate puzzles while staying in the shadows. Players will have to work together and communicate in order to get Aysu safely home when the game releases on February 8th, 2022.

Shade is hard to come by in Viraj, a land where the sun never sets, meaning that Aysu will have to be careful as she scampers from shadow to shadow. Fortunately, Solveig can control time and harness solar energy to open new paths, destroy enemies, and help Aysu reclaim her lost power.

Both sisters will have to team up and solve increasingly complicated puzzles as the game unfolds. The two-player game offers players the choice between Aysu and Solveig’s POVs, with Aysu exploring charming 3D levels in a fairly typical adventure game format and Solveig taking on a zoomed-out view of those levels from her position in the skies.

In this game, cooperation is essential, which is why it’s good to hear that Zorya: The Celestial Sisters will offer players both split-screen and online co-op. It will also feature cross-play between PC and Nintendo Switch versions of the title. As if that weren’t enough, the Friends Pass will allow players to invite friends who haven’t even purchased the game to try it out. Even better, the game will have full cross-play functionality enabled from day one, so fans of co-op puzzle games should pounce quickly. 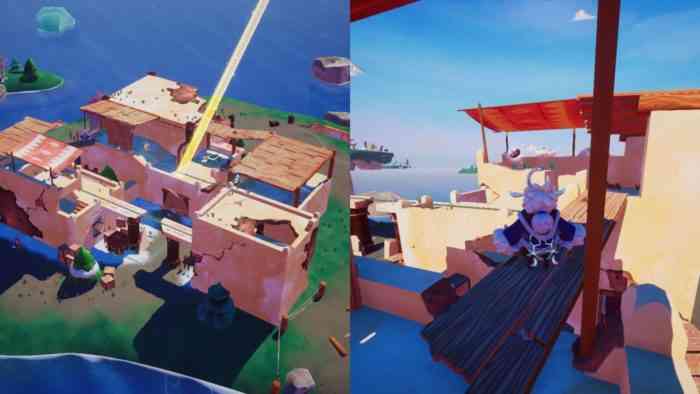 Zorya: The Celestial Sisters will be available for Nintendo Switch and PC on February 8th, 2022.

What’s your favorite co-op puzzle game? Let us know in the comments below.

Pokemon Scarlet and Violet Co-Op Shakes Up Traditional Format
Next
Halo Infinite Co-op Campaign Delayed Until At Least May
Previous
Tandem: A Tale of Shadows Is Getting a Physical Release