Red Stage Entertainment is a Finnish indie game studio that has partnered with publisher PID Games, who have been involved in various indie releases, to bring Skabma- Snowfall to life. Skabma- Snowfall is a narrative adventure game that shows off Nordic beauty to the world using a cool artstyle. Skabma- Snowfall will launch on PC via Steam in Q1 2022 for USD$16.99 and a console release is planned, however yet to be confirmed.

Skabma- Snowfall gives us a look at indigenous Sami culture and stories as campfire stories come to life. Players must solve puzzles and complete challenges along the way in this narrative adventure.

The Sami village has been disrupted after an accident at a Tar-Burning Pit that has led to an odd disease wreaking havoc on its people and animals. Players take on the role of Ailu, a young Sami herder. Ailu soon discovers a Goavddis, or Sami drum, and Ailu must use the healing magic behind the drum to save his home. 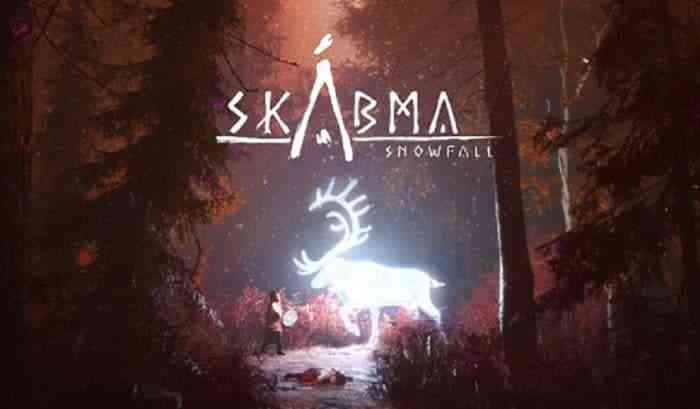 The game is story-driven as it ties into European culture and indigenous folklore. The cutscenes are fully voices in Northern Sami and is sure to be immersive. Players must search for four familiar spirits, the owl, the bear, the trout and the fox. Each spirit has its own powers and abilities that will assist Ailu on his journey.

The drum is another important component for Ailu as the drum reveals invisible elements and trails that lead to collectibles, people and trees along with obstacles and environmental puzzles. As the game is based in the North, Skabma- Snowfall is filled with mysterious landscapes to be explored and notes on culture.