For the Sake of Research!

Every month or two, Nightdive Studios gives fans an update on their upcoming System Shock Remake. The original 1994 is considered a pioneer of many sci-fi/horror/shooters that we enjoy today, so fans are naturally interested in how the Remake is going. On June 30th, Nightdive showed us some concept art for enemies and machines next to their in-game counterparts and renders, but just a couple of days later, we got a full-blown gameplay trailer set in the Research area of the game. For those who have not played the demo, you can check out what is in store for you. 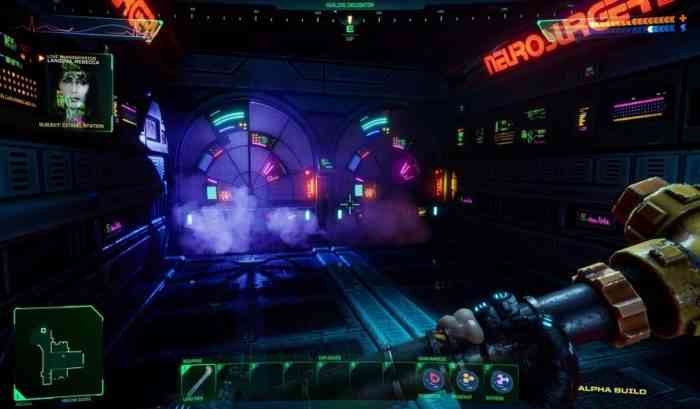 Veteran players of the original System Shock will recognize some familiar elements right off the bat. The updated HUD still has many of the same aspects, such as the health and energy meters, the player’s vitals, and the mini-map. The inventory has been simplified to a hotkey bar and grid space, like what we see in some Resident Evil games. Like in the original, the map reveals more paths and rooms as the player explores. We see many dark rooms and maintenance tunnels being explored, and several different types of enemies that the player will encounter, biological and mechanical alike.

This gameplay teaser shows off over 7 minutes of exploration and combat. Hopefully, fans will be able to get their hands on the game soon. There is no official release date for the game, but Nightdive Studios is aiming for a Summer release date for System Shock Remake for PC, Xbox One, and PS4.

Have you played the System Shock Remake demo? Let us know in the comments below.

New Age of Empires 3: Definitive Edition DLC Coming This Month
Next
Here’s What’s Coming to PlayStation Plus In July
Previous
Pre-Orders Are Open For ‘A Township Tale’ On Quest