Pixmain, an independent video game publisher that focuses on games with creative and engaging gameplay, art, music and story, have partnered with development studio Darjeeling to announce the release date and reveal a teaser trailer for their upcoming game, Labyrinth City: Pierre The Maze Detective. The game is based on the global hit comic book series ‘Pierre: The Maze Detective’ created by Japanese artist Hirofumi Kamigaki and illustrated by IC4Design. The game itself is a passion project born from Darjeeling’s love for the books. The crux of the game is that players take on the role of Pierre, a dashing, young detective who is tasked with tracking down the elusive villain Mr. X in an effort to save the day. To do so, Pierre must explore the game’s intricate hand-drawn worlds and discover secrets and surpass mazes. Labyrinth City: Pierre The Maze Detective is officially coming to PC on 22nd June 2021 and will release on Android, iOS and Nintendo Switch in the summer. The game is currently available on Steam to be wishlisted. 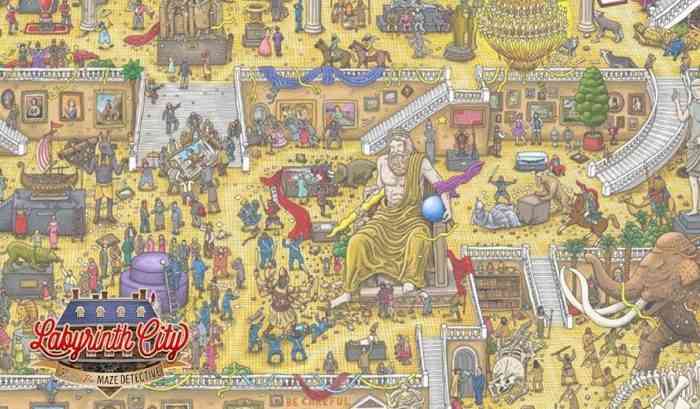 In the story, Mr. X, the main villain who must be stopped by Pierre, has stolen the Maze Stone from Opera City’s museum. Thankfully for the city, Pierre, the detective, is hot on his trail. As the chase to capture Mr. X progresses, players will be taken through a series of incredibly detailed scenes and scenarios each loaded with its own eccentric characters, animations and interactions. In each hand-crafted area, players must find their way through a maze, complete minigames and find hidden objects to continue.

Labyrinth City has already collected awards for its amazing design and artistic detail including the Indicade 2020 Visual Design Award and the Game Connection Asia 2020 Best Quality of Art Award.


Tormented Souls is Creepy & Will Spook Your Soul

Macrotis: A Mother’s Journey Review – A Tale of Love and Perseverance
Next
Xbox and Bethesda Studios Showcase Officially Announced
Previous
Activision Continues Fight Against Toxicity in Call of Duty