Get Ready to Scream

In a year filled with some hugely anticipated upcoming games, it’s okay if Quantum Error has flown under your radar, but that doesn’t mean that horror fans shouldn’t get excited. The game looks to be equal parts Doom and Dead Space, as your mission to rescue people from a burning complex quickly goes south, forcing you to contend with all manner of supernatural entities. The new trailer shows off not only the gameplay and combat, but shows off some of the creatures and landscapes you’ll explore.

It seems that the so-called quantum error will suck you to another planet, as the trailer shows you exploring not only industrial complexes but alien vistas. Luckily, you have your own tools to fight against the baddies out for your blood; not only do you have weapons like machine guns and ion rifles, but like Isaac Clarke before him your hero has access to the tools of the trade – in this case, firefighting tools like axes and the jaws of life, letting you get up close and personal to chop up your enemies or forego all manner of subtlety and just tear them apart. From earlier trailers we also know that the tools will have a part to play in the game’s environmental puzzles.

The monster designs are gruesome, but in a different way than Dead Space; we’re not just getting deadly amalgamations of corpses this time around but we’re getting giant spider-like creatures, floating heads, and people who seem to be in the process of melting – not that that makes them any less dangerous. Even worse, the tried and true method of removing an enemies head won’t necessarily work this time around, as at least some of the enemies you’ll face will keep going. 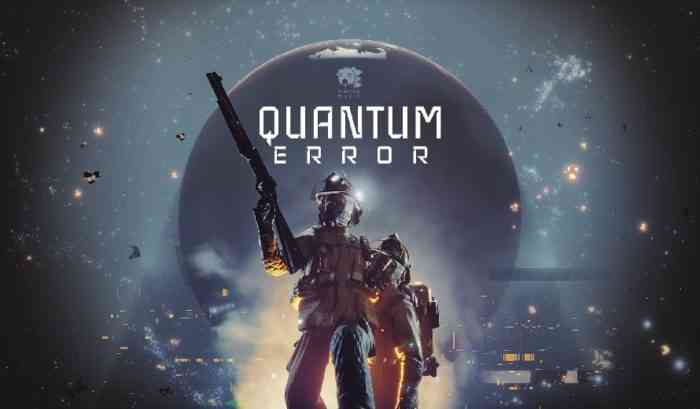 There’s no release date confirmed for Quantum Error quite yet, but keep an eye on this one – the footage may be a little rough around the edges but it looks like when it finally drops, horror fans will be in for a treat.

Call of Duty Black Ops Cold War: 10 Reasons Why You Need To Jump Into Season 3
Next
Catch Sid Meier’s Civilization VI, Assassin’s Creed Valhalla, and More At Up to 71% Off
Previous
Forewarned Could Be the New Phasmophobia