Developer Graceful Decay has a pretty sweet game on their hands. It is a first-person puzzle game called Maquette. Not only is the concept and primary gameplay element really cool, but it has a big-name cast of Bryce Dallas Howard and Seth Gabel. While puzzle games do not usually require a story, let alone a Hollywood cast, Maquette has secured these two actors and real life couple in the central roles of the game’s love story. While the player progresses through the game’s puzzles, Kenzie and Michael progress through their relationship. 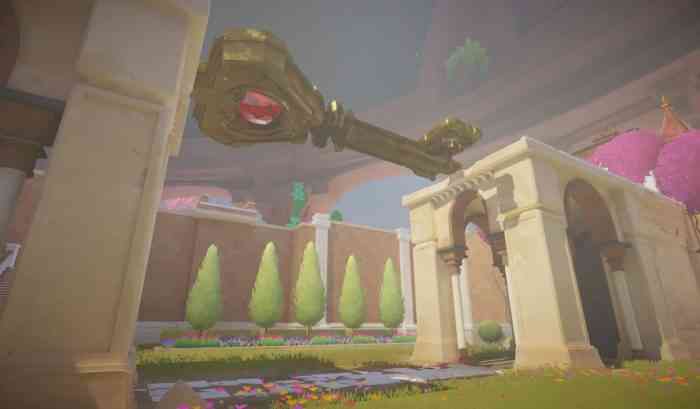 The game takes place is a Walt Disney-like toy castle, but like a castle within a castle. As the player moves objects within their space, a much larger version of that object falls somewhere in the environment to help the player move from area to area. Basically, the player moves an object on a micro level to affect the world on a macro scale. All the while, we hear the story of Michael and Kenzie move from a chance meeting to friendship, love, and all the ups and downs that come with it.

Bryce Dallas Howard is perhaps best known for her role in the Jurassic World movies as Claire Dearing. She has also reprised that role in a few video games such as Lego Jurassic World, Lego Dimensions, and Jurassic World Evolution. Seth Gabel is Bryce Dallas Howard’s real life husband and has had many television roles on shows like Fringe and American Horror Story: Hotel. The two have been married since 2006. Maquette is expected to launch on March 2nd for PC, PS4, and PS5.

Does this game’s story or gameplay pique your interest? Let us know in the comments below.