The Future of the Game Is in Nintendo’s Hands

PlatinumGames co-founders, Hideki Kamiya and Atsushi Inaba recently sat down with VGC‘s Andy Robinson to talk about the company’s upcoming projects and plans for the future. While they spent a portion of the interview discussing the development of Bayonetta 3, they also took a minute to look back on their 2019 Nintendo Switch exclusive title, Astral Chain. 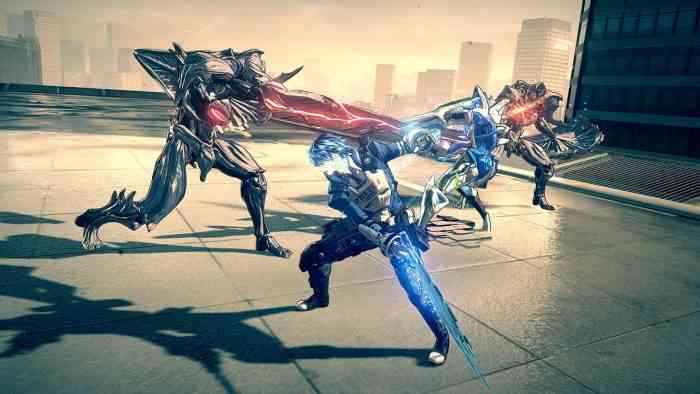 Robinson brought up the recent change on Astral Chain’s website to remove the mention of PlatinumGames in the game’s copyright.

“It’s as it looks.” Inada responded. “It’s as it is written on the website: Astral Chain is their IP and as such there are limitations on how much we feel we should talk about.”

An editor’s note included in the interview states:

“When asked for clarification on Inaba’s comments regarding the Astral Chain IP ownership, a PlatinumGames spokesperson said the company was ‘not in a position to answer this question'”

Considering Inaba’s comments on the topic and PlatinumGames’ hesitation to respond further, it appears as if the IP truly does belong to Nintendo. What this means for PlatinumGames involvement with the series in the future is currently unknown.

They did however feel comfortable discussing Astral Chain’s director, Takahisa Taura. Robinson brought up a quote from a recent interview of Taura’s with Famitsu, stating that he was worried he wouldn’t get to work on any more projects if Astral Chain wasn’t successful. Robinson raised the question as to how Taura is as a director, and luckily, Inaba had only good things to say.

“As far as Platinum is concerned, Taura is the best director at the company.” Inaba responded. “Taura is young and full of promise still, right? It feels like he has lots of ideas, lots of things that he likes and wants to try out and there’s a lot that we want him to do. It could be him wanting to do his own thing, something like Astral Chain again, or it could be somebody coming to us and saying, ‘we really like Taura and we want to do something with him’ like what we did with Nier. So there are a lot of ways his career could take off.”

While Astral Chain’s future is unknown, and the game’s future with PlatinumGames is even less known, it seems that the game’s director is doing quite well for himself within the company, so expect to see more from him in the future.