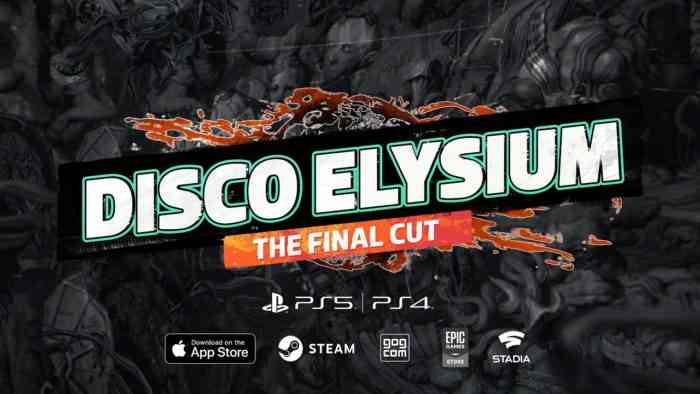 The Final Cut will include new political vision quests, new characters to interact with, new clothes, new cutscenes, full voice over work, an additional 150,000+ words, full controller support, and more. The Final Cut update will be available as a free upgrade for all players.

The update is coming in March, 2021 and is available for pre-purchase right now. You can also purchase the original version of the game name and claim the free upgrade when it becomes available. For those looking to make the most of their purchase, you can get the collector’s edition being made in coordination with iam8bit.com. The collector’s edition includes a premium box, a hand-painted vinyl sculpture, an 190+ page art book, a two-sided illustrated fabric map of the district of Martinaise, and a physical copy of the game.

Disco Elysium is a groundbreaking role playing game. You’re a detective with a unique skill system at your disposal and a whole city block to carve your path across. Interrogate unforgettable characters, crack murders or take bribes. Become a hero or an absolute disaster of a human being.


Obsidian Is Hiring for a Potential Disco Elysium Inspired Project

Disco Elysium- The Final Cut Is Available for Pre-Order On The Switch
Next
The New Legendary Pokémon, Zarude, Has Been Released
Previous
These Cyberpunk 2077 Cosplayers Celebrate a Game Launch in Style