Oops, Would You Look at That

Jump Force has kind of been less than impressive since its launch. Still, it has a dedicated fanbase that Bandai Namco has been feeding with content. Since its launch, players have had the opportunity to purchase two Character Passes. The first gave access to nine characters and the second gives access to five more. Right now, there are thirteen Jump Force DLC characters out, which means there are two more to come. These two were accidentally released to some players in a technical error earlier this week. 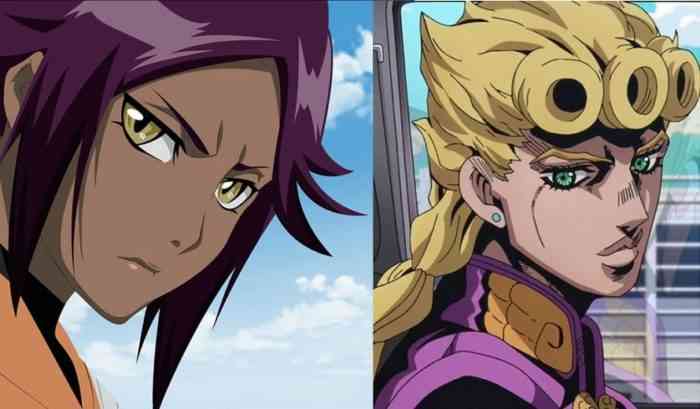 These two characters are Yoruichi Shihoin and Giorno Giovanna. Yoruichi is a character from Bleach, who is a mentor of Ichigo. She is the former Captain of Squad 2 in the Soul Society and can take the form of a sext woman with dark skin and black hair, but can also transform into a cat that sounds like a man. When she revealed herself to be a woman, it came as a surprise to fans and Ichigo himself. Giorno is the fifth JoJo from JoJo’s Bizarre Adventure and the illegitimate son of DIO, who is a character in the base game. Giorno uses the Stand called Gold Experience, which allows Giorno to transform inanimate objects into living beings.

Due to a minor technical mix-up, we have confirmed that some “work-in-progress” updates were released temporarily to small number of JUMP FORCE players.

This issue has been solved. Please see the attached for more details. pic.twitter.com/yrXrNTFDBi

In a statement from Bandai Namco, these characters are not ready to be played as and the situation has been rectified. There is also no released date currently available for Yoruichi or Giorno. Jump Force is available on PC, PS4, Xbox One, and Nintendo Switch.

Are you looking forward to playing as either of these characters? Let us know in the comments below.


Bugsnax Director Says They Are Not Done With It