Death is Just the Beginning

A lot of games lately have toyed with the idea of what exactly happens when your HP hits zero. In Death Stranding, your death causes an explosion which alters the layout of the battlefield. In Bioshock: Infinite,Elizabeth will immediately revive you as soon as she joins the party. The Persistence is taking a different strategy, as each time you die your consciousness is uploaded into a new cloned body.

This is something we’ve seen before, often to heartbreaking effect. Sure, a version of the main character survives, but another version also dies and given that this is a horror game you can’t necessarily expect quick deaths, either.

The persistence takes place on the colony ship The Persistence, in the year 2521. After coming too close to a black hole the starship is slowly being pulled into it, and it’s up to a clone of security officer Zimri Eder to restart the stardrive and save the day. Of course, it’s not that simple: the black hole has affected the ship’s systems, specifically the self-configuring microstructure, so every time you die the layout rearranges. Even worse, mutated clones of the colonists are wandering the halls of the Persistence, ready to kill.

Of course, with a game where cloning and mutation are key plot points, you can expect some tools to help you along the way; you can mutate your own biology to enhance your health, defense, or even gain new abilities to help you save the day. 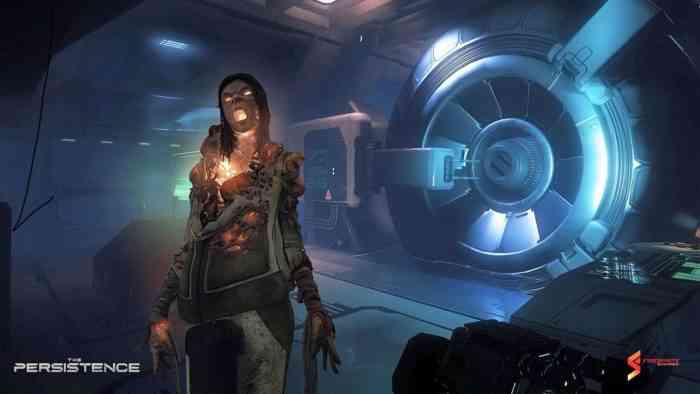 The game also comes with an app for Android and iOS, letting up to two players control the AI Solex, either helping or hindering your friends as they play.

The Persistence has been available since 2018 as a digital exclusive but is now available as a physical game for $29.99 in major retailers.

Have you already played The Persistence? Let us know down in the comments.


Indulge in Some Classic Scares With Today Is My Birthday

Ring of Pain Review – It’s All in the Cards

Combine City-Building With Survival in The Wandering Village

The Medium Has a Release Date and an Eerie New Trailer

Horror Game Mundaun Coming to PS5 and Series X
Next
Planet Coaster: Console Edition Will Open Next Month
Previous
Level Up Your Collection This Weekend With These Awesome Video Game Deals