The tale of Sakuna: Of Rice and Ruin is a long and arduous one. It’s been three years since we covered the game’s preview and since then, we’ve heard very little from developer XSEED Games. But team Edelweiss has been hard at work, and we’re happy to announce that the side-scrolling, monster-fighting, farming action game has a release date of November 10th and is finally open for preorder on the Nintendo Switch and PlayStation 4! Take on the role of exiled harvest goddess Sakuna and farm rice, fight evil, and explore a cursed island. Unfortunately, Sakuna isn’t exactly here willingly–she’s been banished until she can cleanse the whole island of demons. And that’s going to take a lot of work. Fortunately, she has help. Mortal help. A band of outcast humans accompanied her on her exile, and they’ll teach her everything she needs to know about farming, taking care of herself, and providing for a community, as long as she actually pitches in to help them survive in turn.

Sakuna’s adventure will be equal parts action-platformer with a robust combat system and in-depth, surprisingly accurate rice farming sim. It also serves as a love letter to Japanese mythology, chronicling the development of its titular character from a proud, spoiled, lonely girl to a protective and powerful harvest goddess. Also, look at her little outfits! They’re adorable! Of course, this game’s painting-inspired aesthetic makes everything adorable, but still. If Sakuna’s design doesn’t make your heart go pitter-pat, you may not have looked at her long enough. 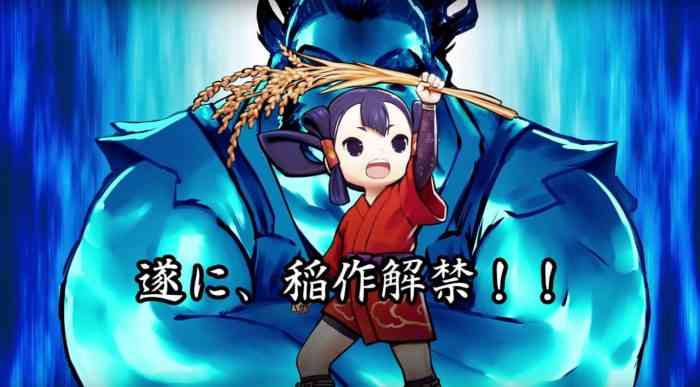 If you like cute girls learning important life lessons, magical adventures where you fight demons with farming tools, or the bits of Japanese history that don’t make it into Samurai Warriors, give Sakuna a look.

What are your feelings on combat in farming sims? Let us know down in the comments, or hit us up on Twitter or Facebook.


Is Gestalt: Steam and Cinder The Next Must Play Metroidvania?

Granblue Fantasy: Versus 1.40 Update Launches Today
Next
COG Considers: What Good Are Previews?
Previous
COG Considers How To Not Feel Bad Playing Games That Cape For The Empire