Get Ready For a Unique Horror Experience

Over the past couple of years there’s been a big shift in the Survival Horror genre, with a larger focus on stealth and avoidance rather than combat. Often these games are in the first person, letting us really get into the character’s skin. This has led to some truly amazing experiences, with Alien: Isolation topping my personal list of the scariest horror games ever made, and while Mundaun may not topple it – or even get a place in the top 10 – it looks like it’ll be an interesting take on the genre.

Set in the Swiss alps, Mundaun differentiates itself from other games with the fact that it’s hand-drawn, although obviously not entirely; pencil drawing may work for older adventure games with static screens but for a game with as much movement as Mundaun, it would cause some problems. The trailer showcases some beautiful environments, including a mountain range mirrored in a rippling lake. While the environments are drawn closely to reality, the same can’t be said for the characters, who seem slightly… well, off. If it’s unintentional then it’s a lucky accident, because they’re deep in the uncanny valley.

We’ve also learned recently that some of the game’s dialogue will be in Romansh – a language spoken exclusively in a specific region of the Alps. The game’s striving for authenticity, despite the supernatural horrors, right down to modelling buildings after actual homes in the region. 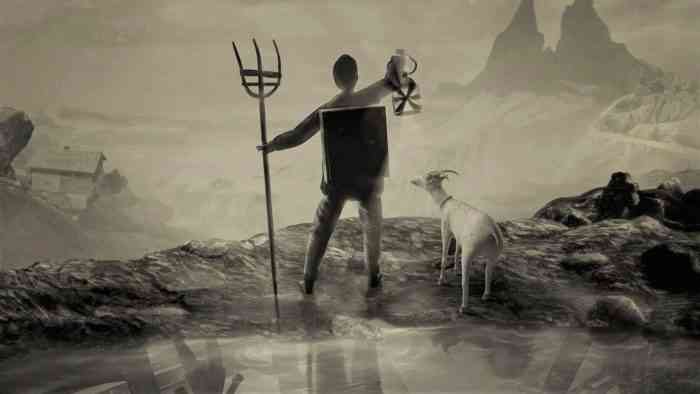 The story follows a man who travels to the Mundaun region of the alps following his grandfather’s mysterious depths, and gets caught up in the supernatural horrors of the region. We don’t get much information on the nature of the horrors we’ll face in the game, but the good news is we’ll only need to wait until Spring 2021 to find out.

What other languages do you speak, apart from English? Let us know down in the comments, or hit us up on Twitter or Facebook.

Indulge in Some Classic Scares With Today Is My Birthday