Rock of Ages 3: Make And Break Is Available Everywhere, Almost 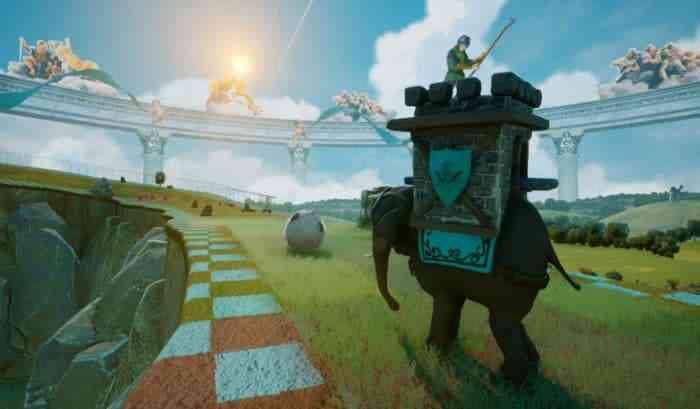 In the press release, the company went into detail about the new title, “This hybrid of destructive action and tower defence-style strategy sets out to bring the Rock of Ages series to new heights, with a brand new level creator that brings an endless amount of replayability to the title, along with many other new and returning game modes.” The Statement continued by breaking down the game modes in the title, “Beyond the level editor, there are several other new game modes for fans to tumble into. These include Humpty Dumpty, in which players are tasked with safely delivering the infamous egg to the finish line without allowing the two hits that inevitably break him. In contrast, Avalanche mode sees players building up their own towers to defend themselves from a mob of very angry boulders barreling their way.”

While the game is available now on PC, Nintendo Switch, PlayStation 4, and Xbox One, Stadia users will have to wait for the game. The title is expected to launch on Google Stadia on August 14.


Rust Console Edition Gets Teaser Trailer, Coming to PS4 and Xbox One

Be the Vengeful Ghost Girl in Wonhon: A Vengeful Spirit