Say what you want about Belle Delphine, but you have to admit that she knows her audience. You probably know her best as the woman who sold her used bathwater or as the quintessential kawaii/anime/ahegao-face gamergirl archetype, but now she is selling another product. Or rather she was. It’s all sold out now, just like everything she has been selling. Belle Delphine’s new Gamergirl Condoms have sold out almost instantly following her self-made ad on Twitter. Her online store is currently empty of not just the condoms, but all her posters as well. 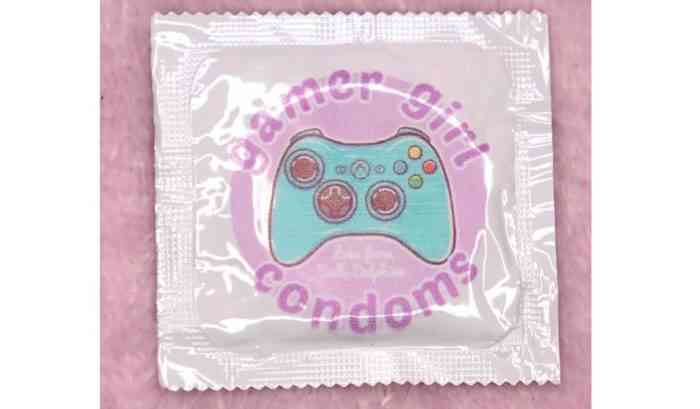 A few days ago, Delphine uploaded a short video advertising her Gamergirl Condoms saying, “Rise up Gamerboys. It’s time to get your Gamergirl Condoms,” and then proceeded to blow one up and let it go. The condoms are described as “Pink lubed latex condoms for when you have the urge to “rise up” ^_-“. The condoms  arrive in white wrappers, sporting an Xbox controller design and the Gamergirl Condom brand. At $10 a pop, these condoms are probably meant as a novelty item. I would not personally rely on the product of any YouTuber or model for safety in sexual ventures, but it would help complete my Belle Delphine shrine.

The video on Twitter also said, “If you’re watching this video you’ll never need them anyway.” I’m not sure what she means by that, but I am assuming that she knows her fans are such charming, cool, not-desperate guys that no woman would ever ask them to wear a condom. No thanks, Miss Delphine. I’ll stick to my Trojan Magnum condoms that very many women can verify that I use. The Gamergirl Condoms and all products at the Belle Delphine store are out of stock.

This is a rhetorical question because we do not really want to know, but did you get your hands on a Gamergirl Condom? Do not let us know in the comments below.