Press X to Get Hammered

Has it been 60 years already? Sega is celebrating its 60th birthday on June 3rd. It was founded in 1960, but its origins date back all the way to 1940. In the 40s, its first incarnations Standard Games and Service Games made coin operated machines and slot machines. After these companies were caught up in some criminal activity controversy, they were dissolved. In the wake of their absence, Sega was founded in 1960 to take over their assets. Sega is short for Service Games. 60 years later, Sega is as strong as ever and is licensing sake to celebrate. 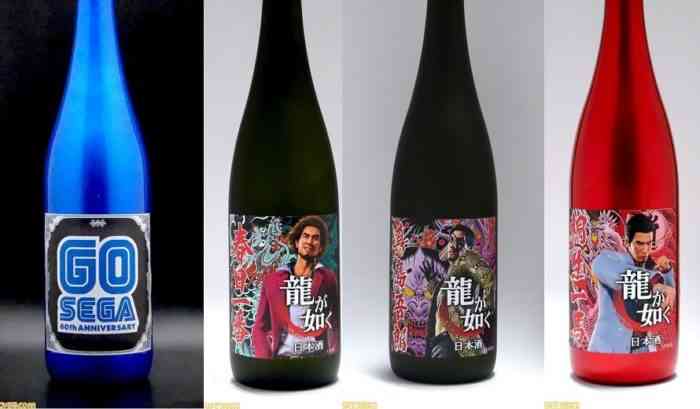 The anniversary campaign GO Sega is collaborating with various breweries all over Japan to make the sake. Then they will be selling bottles in four different designs, three of which are branded with Yakuza characters. There is a “GO Sega” blue bottle, a Kiryu Red bottle, Mashima Black bottle, and Kasuga Black bottle. All liquors are pure rice sake that contain a volume of 720 ml. They also cost 3,000 Yen, which is about $28 USD.

You will not find Sega making sake labeled with other characters like Sonic, since that series is aimed toward a younger audience. Yakuza is their most popular M rated series, so it makes sense that they would have Kiryu be the face of this sake campaign.  The GO Sega bottle will be made available for purchase starting on June 3rd, while the Yakuza bottles will be available starting on July 7th.

Would you like to get your hands on one of these bottles of sake? Let us know in the comments below.