Seaside Adventure Summer in Mara Out This June

The next year’s deluge of comforting games starts very soon, it turns out. Chibig Studio’s Summer in Mara hits Steam and the Nintendo Switch on June 16th. Better still, the prologue is available on Steam this very moment! It’s also coming to the Switch very soon, but who has that kind of time? 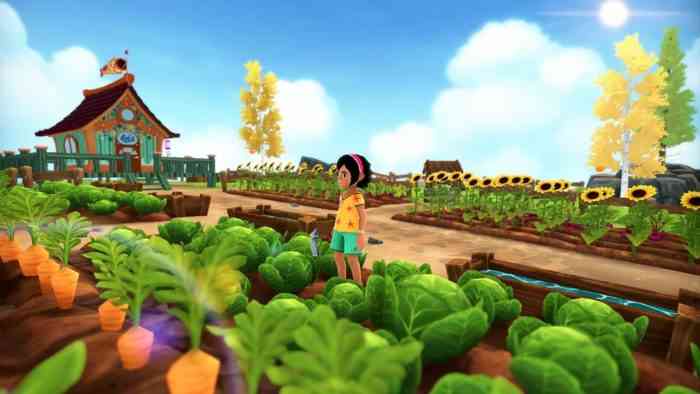 You’ll play as a child named Koa, whose island exploits will hopefully save her home from some nasty corporate entanglements. You know, aggressive property development, bulldozing, things of that nature. It’s less eat the rich, and more… hold them back? So you and your friends and family can continue your peaceful lives together.

Koa’s world is mostly a delightful one, full of pristine beaches, causal farming, gobs of side missions, and maybe some pirates. Who are presumably less evil than Elit, the looming corporate overlords. There’s a strong focus on character development and interaction, meaning that your meetings with the various island residents will be memorable ones. Although the demo is only out now on Steam, the game is coming to both systems on June 16th, 2020. You can check out the trailer below if you’re looking for like, actual gameplay. There’s even a dash of whimsy involved!