Do Some Giant Drilling With Your Friends

Volcanoids is getting a co-op update, which means the monumental task of drilling into a volcano can soon be split between four people. While some may correctly assume this will complicate things, rest assured they will do so in a fun way. None of this dour, boring death by surprise lava we’re all sick of reading about. 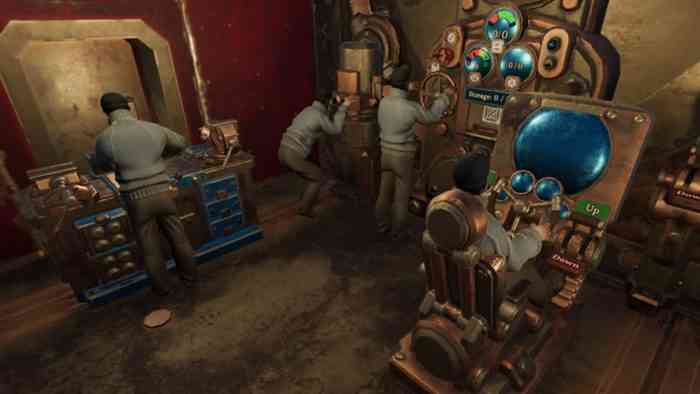 To be fair, there’s very little lava-based expiration, assuming everyone is doing their respective jobs. One person steers the ship, one operates the periscope, and everyone else makes the essential supplies. Can’t be running out of stuff while drilling through lava, after all. As a nice bonus, anyone swallowed by magma or dissembled by malevolent robots will spawn directly in the ship. How convenient!

If you log off, you can hang out in one of the ship’s bunk beds, safely stowed away until you decide to return. Again, it’s important you don’t re-spawn in a random, distant part of the map. The crafting system has also been simplified. There’s still a massive amount of stuff for you to make, but you’re introduced to this stuff more slowly. That way, the twin stresses of impending eruption and crafting trees do less permanent damage to your cranial nerves. While co-op has no release date other than ‘soon,’ curious players can still check out Volcanoids in early access right now on Steam.