“Do NOT Mess With Me. I am a Wedding Planner!”

In a couple of weeks, Guns, Love, and Tentacles will launch for Borderlands 3. Just like with previous major launches for the game, Gearbox has released some Borderlands 3 DLC gameplay footage to tease the upcoming content. As you may well know, Guns, Love, and Tentacles is a Lovecraftian-themed DLC wherein the Vault Hunters are invited to celebrate the wedding of Sir Hammerlock and Wainwright Jakobs. This footage shows the first 12 minutes of gameplay, including the first area and mission. 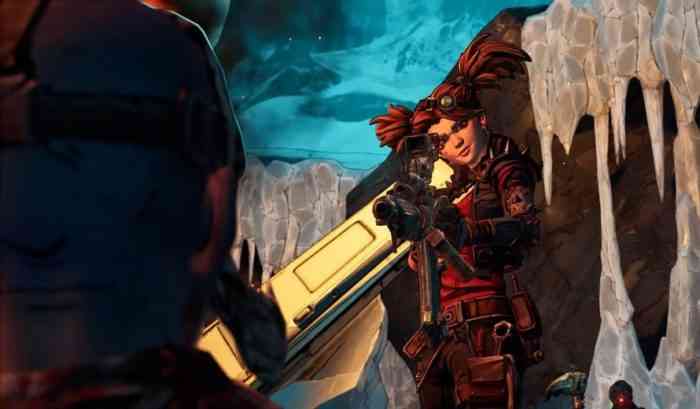 The demo is played as Moze. She lands on a new planet called Xylourgos. After landing, Moze tries contacting Hammerlock and Wainwright. After no response, she goes exploring. She quickly finds an ECHOsignal from “unknown”, which you know is a returning fan favourite character. Moze meets up with Gaige, who is the wedding planner for the couple. With Gaige and Deathtrap, Moze must find her way to The Lodge. They are sidetracked, as the gondola taking them there is without power. A quick detour to kill some pests and fix the power issue will get the gondola up and running. Gaige and Moze take the gondola to the next area. Two and a half steps in, the meet up with Hammerlock, Claptrap, and a new character called Mancubus, who has a less than savoury intro.

The video is full of Gaige, which is sure to please people. She bounces back and forth between her violent, murderous tendencies and her responsibility as a wedding planner. Hopefully, she plays a large role in the DLC like Timothy does in Moxxi’s Heist of the Handsome Jackpot. Guns, Love, and Tentacles will be playable on March 26th. Borderlands 3 is available on PC, Stadia, PS4, and Xbox One.

Are you going to be playing this DLC? Let us know in the comments below.