She Who Vows to Rebuild Her Homeland 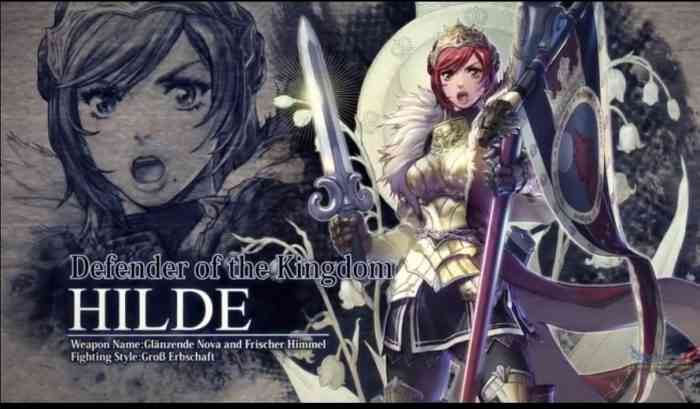 In the trailer, her weapon combination of her short sword and spear preludes Hilde’s arrival. Her spear also holds the banner of her country, depicting a howling wolf. She wears gold body armour with matching gold gauntlets and crown. Over her armour, she wears a red coat, trimmed with white fur. At a young age, Hilde became the leader of Wolfkrone Kingdom (present day Germany) after her father was driven mad by the Evil Seed. Her leadership allowed her kingdom to fight back against the invasion by the Azure Kight, better known as Nightmare.

Hilde first appeared in Soulcalibur IV, and again in Broken Destiny, V, and Lost Swords. The trailer ends with her being revealed to be the first character in the second Season of DLC, right ahead of the guest character Haohmaru from Samurai Shodown. Neither Hilde nor Haohmaru have release dates. Soulcalibur VI is out on PC, PS4, and Xbox One.

Which is your favourite Soulcalibur VI character? Let us know in the comments below.