After 12 Years, a New Half-Life Game Is Coming Out

We’re Not Sure If It’s Half-Life 3 But Half-Life: Alyx Does Seem Intriguing

It’s been over a decade since the last Half-Life game, Half-Life 2: Episode 2, came out in 2007 and ended on a massive cliffhanger. Half-Life fans have been waiting ever since for an Episode 3 or a Half-Life 3 but, as the years passed by, it seemed as if Valve had abandoned its most well-known franchise. But then, on Monday, Valve announced Half-Life: Alyx, which is a…VR game?

We’re excited to unveil Half-Life: Alyx, our flagship VR game, this Thursday at 10am Pacific Time.

Can’t wait to share it with all of you! pic.twitter.com/BupFCxSrTw

Notably, Valve made this announcement after a rumor began on the same day about a new Half-Life game titled, “Half-Life: Alyx”. The rumor originated from allegedly leaked transcripts of an interview between The Game Awards presenter Geoff Keighley and Valve game designer Robin Walker. One of the transcripts mentioned Half-Life: Alyx along with a March 2020 release window for the upcoming VR game.

It seems like the leak forced Valve’s hand early since this game was allegedly supposed to be unveiled at next month’s The Game Awards. 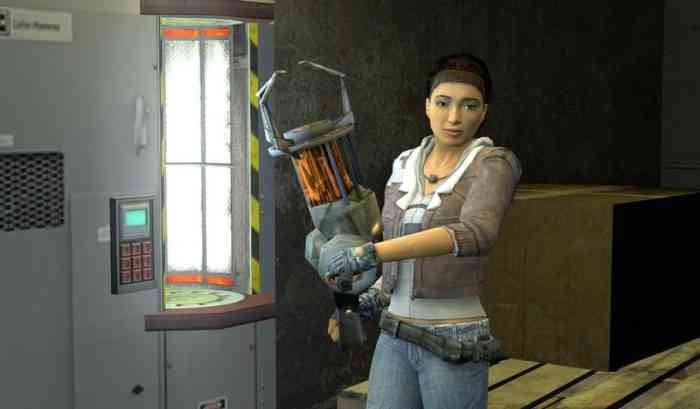 It currently isn’t confirmed if this new Half-Life game is a sequel to Episode 2, a reboot, or a spin-off. Going by its title, it’ll likely focus on major Half-Life 2 character, Alyx Vance, who’s an ally of series protagonist Gordon Freeman. Alyx is part of a resistance group that fights against The Combine, an alien force that took over Earth after the events of Half-Life 1.

Whatever Half-Life: Alyx turns out to be, hopefully its big reveal on Thursday at 10 AM PST/1 PM EST will answer the many questions fans have.