Get Summer Ready with PC Games and Accessories on the Cheap

If you’ve been looking for another reason to celebrate the fact that it’s summertime, look no further than these top 11 deals that have got fire written all over them. This weekend we’ve got all of your PC gaming needs covered, whether you’ve been looking for a brand new headset, mouse, or keyboard to give your rig a boost, or you’ve been keeping an eye out for a brand new game. Well, what are you waiting for? Dive into the best PC deals Amazon has to offer below.

While it may not have been the first game on your must have list, it’s hard to deny that 75% off one of the biggest and most anticipated games of the year is a steal. Although it didn’t exactly live up to its hype at the get-go, Bioware and EA are working hard to make this looter shooter better every day. With new content and playable events, if you’ve been curious to see what all the hubbub has been about, now is the time to try Anthem out.

In just a few short days the latest Wolfenstein Nazi killing adventure is going to be all anyone is talking about. Offering up the first co-op experience in franchise history and two brand new characters without losing the feel of Wolfenstein, along with some deluxe edition pre-order additions, now is the time to scoop this up for a steal. At 18% off, you’ll get the entire base game of Wolfenstein: Youngblood, as well as a code at launch to receive the Legacy Pack, and you’ll also get the Buddy Pass to play with a friend for free, as well as the Cyborg Skin Pack. Did you even need any more convincing?

While there’s no denying that Fallout 76 had a bit of a rough start, however since its launch last November, there have been a lot of updates brought to the game to beef up the entire experience. With the addition of human NPCs and a larger, more in depth main storyline, as well as a loud and proud online community, there’s a lot to sink your teeth into here. And it’s hard to imagine it won’t get even better as time goes on. If you were wary that it might not be the game you hoped for, there’s no need to fret anymore, especially at 58% off. 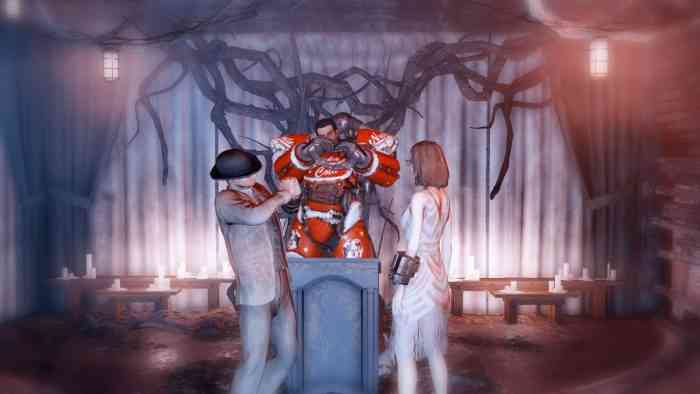 Are you thinking about grabbing one of these killer deals? And if you’re looking for some sweet console deals instead, check out the best PS4, Xbox One and Switch deals on offer this weekend right here. Be sure to check back next time as we strive to bring you the best deals we can find every single weekend.