Red Dead Redemption 2 Might Be Coming To the PC

Rockstar might have revealed that they are working on a PC version of Red Dead Redemption 2 sooner than they would have liked. There have been plenty of rumors beforehand but this is probably the best one so far. Someone has recently discovered that there is something in the developer’s source code that points to a PC version of the game. 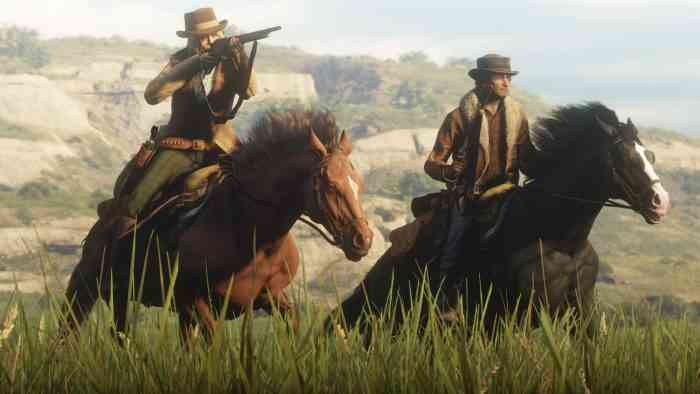 Originally leaked on Twitter by JakoMako51. The Rockstar Social Club has a source code that reads, “RDR2_PC_Accomplishment.” There are plenty of things that PC could mean but this is a good sign for the PC players who have been waiting anxiously to have their own version of RDR2. Rockstar has not confirmed anything yet. But this is definitely a good sign.

GTA V did not have a PC version of the game for the longest time. But Rockstar did eventually get around to making it. So there is no reason why Red Dead Redemption would be any different. RDR2 has been a massive success by almost every metric possible. Most Rockstar games are. It would be very shocking if the developer never gets around to creating RDR2 for the PC community.

The original Red Dead Redemption never made an appearance on the PC, so this could be the first time the series has been available on the platform. The PC market might not be as big as the console one, however, it would be a massive blunder on behalf of Rockstar to totally overlook the potential business opportunity. Especially due to the fact that there are plenty of PC gamers who are chomping at the bit to play the game.

There is almost definitely a PC version on the way. It just seems as though it is releasing closer than we thought.