A bit confused? Essentially, it’s a remake of a remake, kind of like how Capcom released updated versions of the Resident Evil remake on current gen consoles. Crystal clear? Good, because Star Ocean First Departure R is basically that, but with a few new features added in for good measure.

At least, we think it will. The announcement came from the official Star Ocean Twitter account with a single image. No trailer, no release date, nothing. It’s possible Square Enix is waiting until E3 for a full reveal, but that’s always a bit weird when we’re dealing with a remake (of a remake). 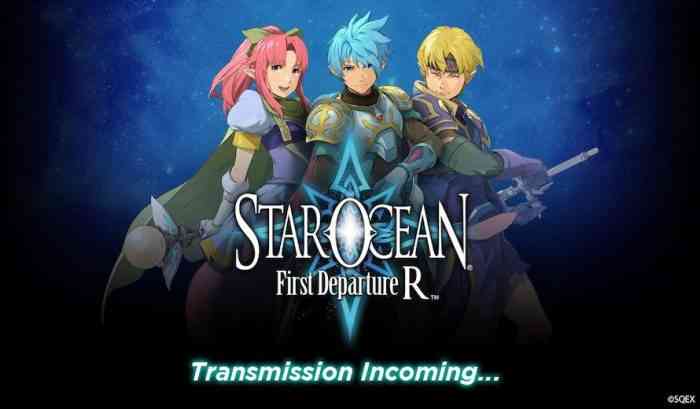 The original Star Ocean came out in 1996 for the Super Nintendo or Super Famicom in Japan. In 2007, a PSP remake called Star Ocean: First Departure was released in Japan, followed by a western release in 2008. The original game was noteworthy because it required special hardware in the Super Nintendo cartridge so the ageing system could handle it. This was, in large part, due to the game’s advanced graphics.

Four other Star Ocean games were released on various consoles afterwards, the most recent being 2016’s Star Ocean: Integrity and Faithfulness for the PS3 and PS4. A remastered version of 2009’s Star Ocean: The Last Hope was released in 2017 for PS4 and PC.

Are you excited for another remake? Let us know in the comments below.