But What’s Minecraft Without Mining?

Minecraft is known for both its crafting and its mining mechanics. Aptly named, they are the two most prevalent parts of the game. Of course, it has grown so vast and there is so much more to experience than just those things. For those who enjoy the combat and exploring, there is Minecraft Dungeons. It is pretty much what it sounds like; a Minecraft dungeon crawler. You, and up to three friends, can explore procedurally generated levels and take on the Evil-Illager and their monsters. We have known about it for a little while, but Game Informer spoke with producer David Nisshagen of Mojang’s Stockholm studio. 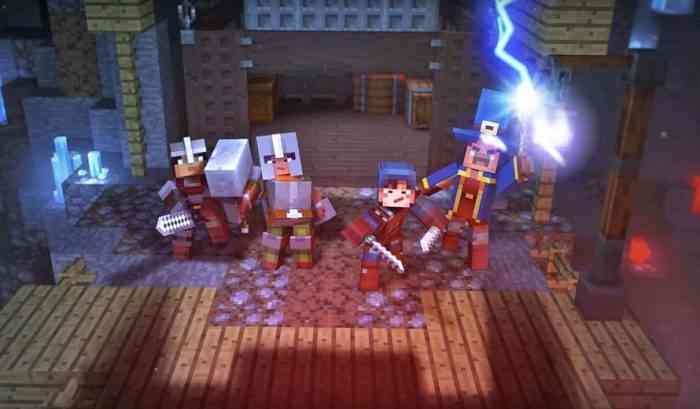 A decision was made to remove both the mining and the crafting elements from this game. They do not exactly mesh with the kind of game they wanted to make, which is a dungeon crawler. Nisshagen shed some light on the combat, which appears to be a big focus of the game. There are broad play-styles and classes like mage, ranger, and melee fighters, but are not restrictive. “It’s like, do you want that cool thing? Go find it and wear it or wield it,” he says. Finding and wearing heavy armour or light armour can change how you play, but you can still wield whatever weapon you want.

Though this trailer is several months old, its the best look we have on Minecraft Dungeons. As you can see, the game is slated for a 2019 release, but as of yet there is no specific release date. There is info on the new AR game Minecraft Earth if you want to check that out.

Will you be picking up Minecraft Dungeons? Let us know in the comments below.

Minecraft May Be Getting PSVR Support
Next
Pokemon GO Kicks Off an Eventful Summer with an Extraordinary Raid Week
Previous
Heavy Rain, Detroit: Become Human, and Beyond: Two Souls Coming Soon to PC