Third Editions’ Book of the Month is All About Dead Cells

All About Those Delicious Visuals, In Fact

If the recent batch of Dead Cells DLC has you hungry for more of the insidious roguelite hit, good news! The Third Editions book of the month is all about Dead Cells! In particular, The Heart of Dead Cells: A Visual Making-Of is all about the gorgeous visuals we’ve all come to know and love. 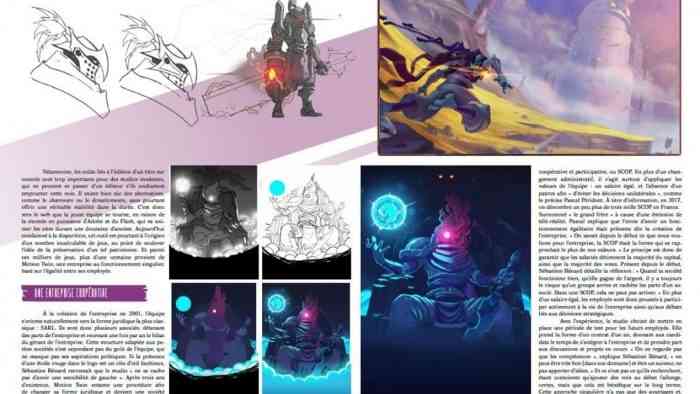 Okay, so there’s more to it than that, but the art is a major component here. The book starts off with a deep dive into the history of Motion Twin, covering the company’s previous hits. There’s also a fair bit of detail about how Dead Cells came to be in the first place. Would you believe this mighty metroidvania smash was once a multiplayer tower defense game?

From there, it’s a long look at the game’s development, initial reception, inspirations, and evolution. All the while, you’re bombarded with gobs of beautiful artwork. If you’re the sort of person who can’t get enough of concept sketches, wallpaper spreads, and detailed models, this book is a bountiful harvest. It’s available right now on the Third Editions site, along with just, so many other obsessive dives into various games. Both the base game and the Rise of The Giant DLC are available right this second on basically all of the platforms.