Tamarin Launches This Summer on PS4 and PC

An incredibly cute new action-adventure game called Tamarin has been announced. Not only are you going to fall in love with the game’s adorable monkey protagonist, but it’s also being made by Chameleon Games, a new studio comprised of classic veterans from Rare’s “golden era,” aka the N64 days.

Inspired by “3D adventures from Nintendo and Rare,” Tamarin “channels the energy of 3D platformer classics and explorative Metroidvania shooters.”

According to the official website, players must save the monkey’s family from an insect invasion. Players will “explore an incredible interconnected 3D world, brimming with primate platforming and bug-splattering shooter action. Leap with the agility of a tamarin as you journey into the Northern wilderness on scenic routes through forests, fjords and mountains. Along the way, you will chase mysterious electrical fireflies, discover a secret underground world of dancing ants, rescue innocent birds, and restore the tamarins’ once idyllic natural habitat.” 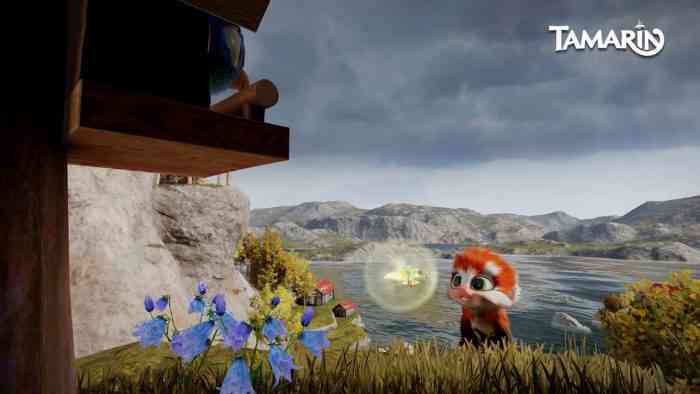 Directing the game is Omar Sawi, who leads a team of Rare all-stars who have previously worked on classic titles like Battletoads, Donkey Kong 64, Banjo-Kazooie, GoldenEye 007, and more.

“A lot of species are going extinct and their natural habitat is being lost and I’ve always wished to make a game series inspired by the most wonderful species and scenery on Earth,” said Sawi. “Tamarin combines cute characters, beautiful locations, a catchy soundtrack and a combination of fun exploratory platforming and action shooter gameplay into something that appeals to a wide multi-gender demographic.”

What do you make of Tamarin? Leave a comment down below.

Marvel’s Midnight Suns Latest Trailer Shows Off Deadpool And More
Next
Shadow of the Tomb Raider’s Seventh and Final DLC is Out Now
Previous
NPD: The Division 2 Was March’s Best-Selling Game in the U.S.