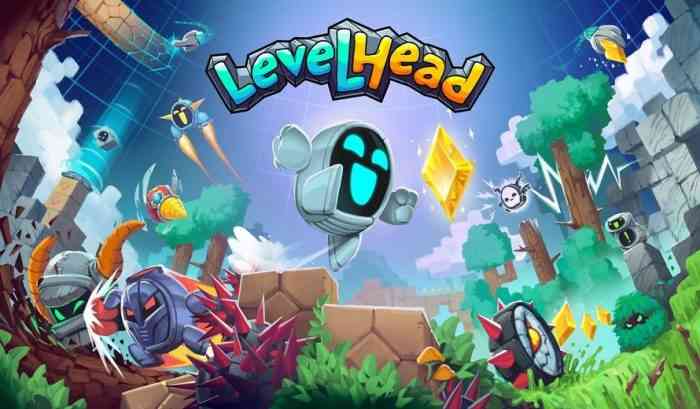 The first half of the trailer shows off the platforming, various power-ups, and combat techniques. There are a lot of quick cuts between clips, not unlike an action-movie trailer, making it tough to accurately interpret. At one point, there is a four player co-op clip which, in this game, appears to be a recipe for chaos. The second half shows off the level creator mode, not unlike the one in Super Mario Maker. This mode also supports co-op, so you and your friends can have a shared vision of the perfect level. Placement of pick-ups, removal of walls and floors, and the addition of traps and enemies are all fair game in this mode.

The trailer is an announcement for Steam Early Access, but Butterscotch Shenanigans also has plans to release LevelHead on Nintendo Switch, iOS and GooglePlay. No word on an official release date, but we will keep our eyes open. More details including a developer blog is available at bscotch.net.

Have you played Crashlands? Are you planning to pick up LevelHead? Let us know in the comments below.