Brace yourself Fortnite fans as Season 6 has finally arrived. This season introduces us to pets, and a slew of amazing battle pass rewards. This update also adds new locations to the map, including a floating island, a haunted castle, corrupted areas, and corn fields.

Titled “Darkness Rises,” the season 6 update, of course, features a new battle pass. The season 6 battle pass gives fans access to more than 100 new cosmetic rewards. It is available now for purchase for 950 V-Bucks, which is Fortnite’s the game’s currency. Those new to the game can purchase 1,000 V-Bucks for $9.99.

Fortnite players can earn rewards by leveling up their battle pass, just as they could in the previous seasons. Rewards include costumes, sprays, and special gliders. Once again, all these micros are purely cosmetic.

It is all fairly standard stuff for fans but it that sweet progression that keeps folks coming back for more.

Fortnite seasons only last a couple of months; however, players will retain whatever rewards they earn after the season ends.

Buying the battle pass this time around will give you access to two new outfits: DJ Yonder and Calamity. Five more Halloween-themed costumes can be unlocked by leveling up the battle pass.

The battle pass also allows players to unlock new pets to carry with them into the Battle Royale. Players can choose between three pets: Bonesy, Scales, and Camo. Each animal will react to the action during the game, but like other rewards, they won’t have any impact on gameplay. 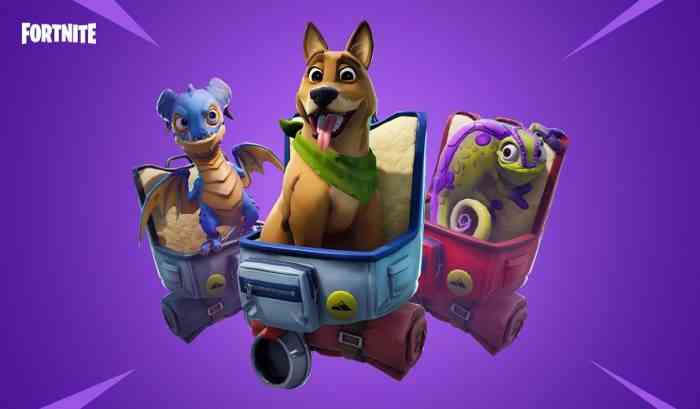 Season 6 will add a new consumable item to the game, called shadow stones.

Using a shadow stone will activate shadow form, which makes players invisible to enemies while standing still, improves their movement abilities, and gives them the ability to phase through objects. However, the player will be unable to use weapons while shadow form is active.

More details on Fortnite’s 6.0 update can be found here.

Have you played it yet? Tell us what you think.