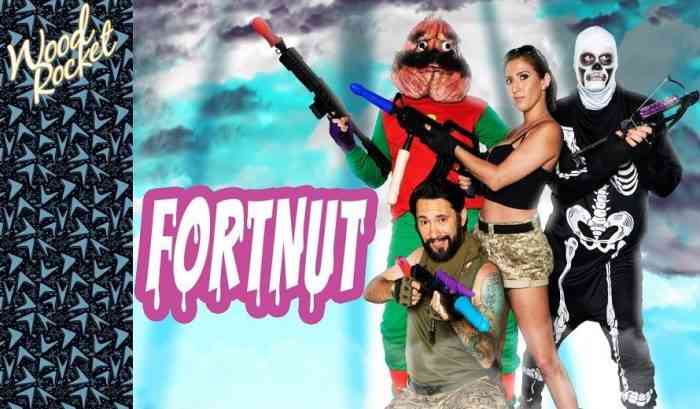 The minute-and-a-half trailer features everything you’d expect from a parody called Fortnut. It’s got a gun with a big dick on the nozzle and players parachute into “Testicle Town”. I’m not kidding!

The trailer is so ridiculous that you just have to watch it for yourself. Without further delay, check out what WoodRocket has just released and take a look at the terrible acting and horrifying puns for yourself.

Fortnite: Battle Royale is available now on PC, PS4, Xbox One, Nintendo Switch, iPhone, and currently in development for Android.