Capcom Considered Cutting Classic & Crazy Scenes in the RE2 Remake

Twenty years later, Capcom has returned with an all-time horror classic in the form of Resident Evil 2 Remake. As you can imagine, a 20-year time gap means a drastic overhaul of the original experience. For producers Tsuyoshi Kanda and Yoshiaki Hirabayashi, this led to a re-evaluation of the game and its key moments. 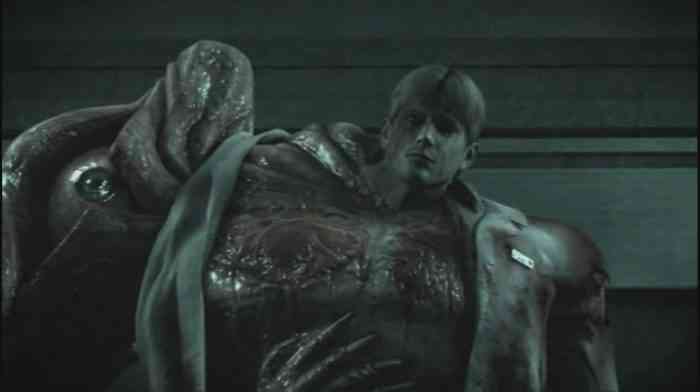 Speaking to Daily Star, Kanda explained how PlayStation One graphics game Capcom some leeway in developing Resident Evil 2‘s over-the-top segments. The gruff 2-D visuals, back in the day, didn’t exactly scream immersion. Any game could get away with edgy surfaces, so long as it was fun.

“20 years ago, the graphics that we had weren’t photoreal and that meant you could get away with… a lot of things,” Kanda stated. “Things that maybe you couldn’t today. You could be fantastical with the creatures and it wouldn’t stand out too much.

“So making a giant alligator – that’s a real challenge [laughter]. Trying to update that into a game where you’ve got scanned faces, motion-captured actors, photorealistic environments… it’s really, really hard. Where do you even start!”

Hirabayashi then chimed in and talked about how the daunting nature of the remake nearly led to cut moments from the original. However, Capcom understood that doing as much would stir the ire of fans. It’s not a faithful remake if it doesn’t incorporate key, memorable moments. Right? As an example, Hirabayashi mentioned the famous alligator scene.

“To make that convincing in any way was really tough. For a while, we were just thinking, ‘shall we just cut the alligator altogether? It’s too difficult’,” Hirabayashi said. “But we knew there’d be a fan backlash, we knew we had to create one of these perfect fan-favourite moments, so… it’s a tough one, but it’s there.

“It was tricky to do without changing the game’s tone a lot. We’re competing with people’s memories with this game, too, and that’s really hard. Trying to make a convincing scene where a human-sized character – a guy with a knife – is taking on an alligator… that’s really silly. People don’t remember it as silly because the whole game was groundbreaking at the time, but that moment was ridiculous. It was a difficult process for us, making that work today.”

Of course, what makes the prospect of a remake alluring is the reimagining of our favorite moments for the modern day. As such, the removal of the alligator in Resident Evil 2‘s remake would have been like a criminal act to many die-hards. Personally, as a little lad exposed to this game in the demo area of a Best Buy, the Alligator frightened me more than anything else. What are your thoughts? For more on the game, you can check out our E3 demo playthrough.

Capcom Arcade 2nd Stadium Gets Rated in South Korea
Next
Overwatch: Blizzard Is Saying No to Mercy Mains With Another Nerf
Previous
Bethesda Is ‘Less Likely’ to Let Another Studio Work on ‘Fallout’ Again